Cayetano: You may forget about me but vote for Duterte | Inquirer News
Close
menu
search

Cayetano: You may forget about me but vote for Duterte 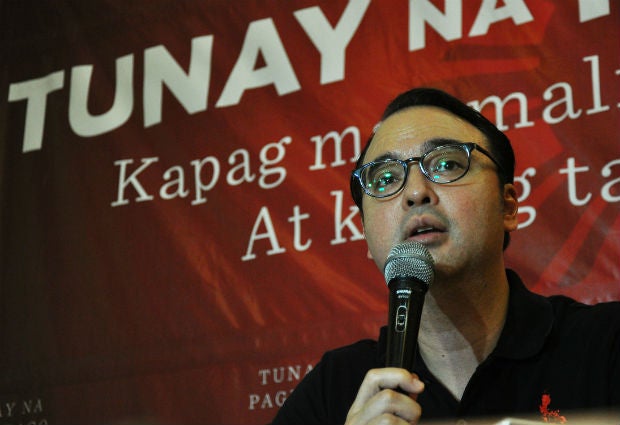 You may forget about me but vote for Duterte.

This was the message of vice presidential bet Sen. Alan Peter Cayetano during a television interview on Tuesday night.

But Cayetano was quick to say that it would be better if the next government would be a Duterte-Cayetano tandem.

In previous speaking engagements, Davao City Mayor Rodrigo Duterte has asked voters not to vote for him if they won’t vote for Cayetano.

Duterte said it would only ruin his presidency if Filipinos would elect a different Vice President.

Cayetano, for his part, said Duterte needs a Vice President who would not stab him from the back.

While Cayetano admitted that he and Duterte were “challenged” in terms of funds, he said there were no excuses.

“If God wants me to be vice president, I’ll be there. Kung hindi, I’ll be happy to serve three more years sa senate,” he said.

The Duterte-Cayetano tandem is running under a platform of fighting crime, illegal drugs and corruption in government.

Duterte has vowed that if elected President, he would stop illegal drugs, corruption and criminality within the first three to six months in office. TVJ