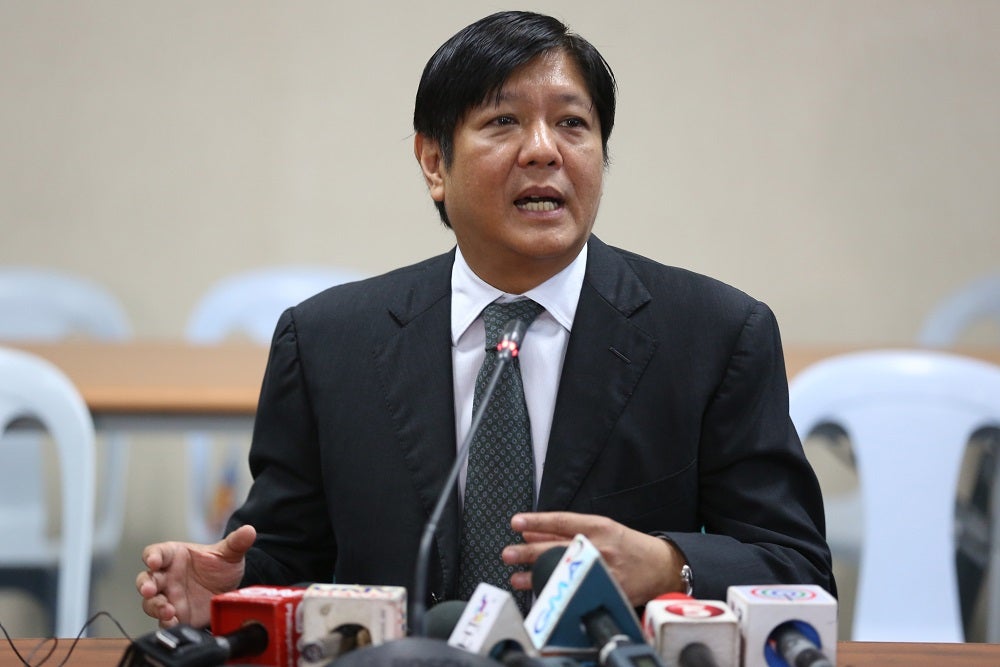 “I feel like I’m already a presidential candidate,” Sen. Ferdinand “Bongbong” Marcos Jr. said on Monday in response to the brickbats fired by no less than President Benigno Aquino III over his father’s Martial Law abuses.

During a campus visit in Morong, Rizal, yesterday, the son of the late dictator Ferdinand Marcos received a hearty applause from college students of the Tomas Claudio Colleges when he scoffed at the President’s tirade during the Edsa People Power anniversary on Thursday.

A student asked Marcos what he had say to the President’s call that the Marcoses should not be allowed to return to power.

He said the President’s remarks were not surprising given the rivalry of their fathers—the late president Marcos and the late Sen. Benigno Aquino Jr., whose assassination in 1983 triggered street protests that eventually led to Marcos’ ouster through the 1986 People Power revolt.

“Let’s look at our elections as judgment. Let the people judge who did something for the people, things that we still enjoy up to now and who stayed in power without doing anything,” Marcos said in Filipino, to the loud cheers of the students.

In the first leg of his sorties in vote-rich Rizal province yesterday, Marcos was endorsed by the province’s kingpins led by long-time former Gov. Casimiro Ynares Jr., who served unchallenged as mayor of the Binangonan municipality during martial law.