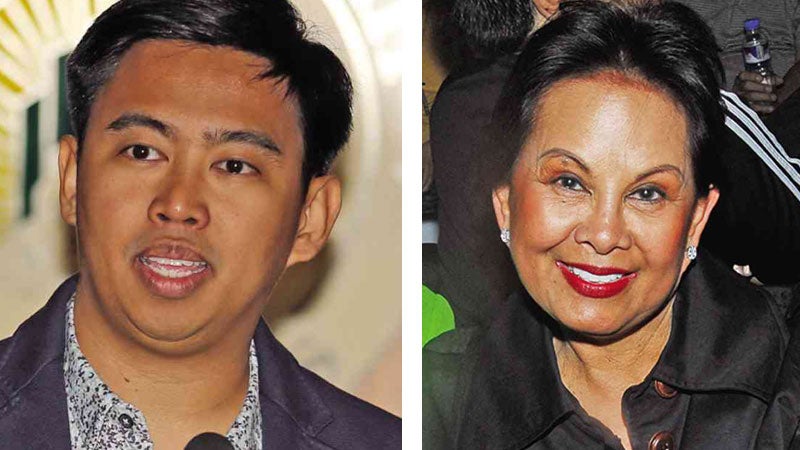 SAME courtroom, same kind of battle for mother and son.

Dismissed Makati City Mayor Junjun Binay posted bail in the Sandiganbayan on Friday afternoon shortly after the criminal cases brought against him over the controversial P2.3-billion Makati City Hall Building II were raffled off to the same division handling the graft case of his mother, former Makati Mayor Elenita Binay.

Accompanied by his lawyer and security aides, Binay went to the antigraft court’s Third Division to do the paperwork for his temporary liberty even before a warrant was issued for his arrest.

He posted bail amounting to P204,000—P30,000 each for two counts of graft, and P24,000 each for six counts of falsification of public documents. He also submitted his photos and had his fingerprints taken.

The division is also hearing the plunder and graft cases of Sen. Juan Ponce Enrile, his former chief of staff Gigi Reyes and businesswoman Janet Lim-Napoles over the alleged misuse of Enrile’s pork barrel funds.

It is also handling the graft case against Elenita Binay arising from the allegedly overpriced office furnishings bought by the Makati City government for P72 million in 1999, during her term as mayor.

Speaking to reporters, Junjun Binay said his impending trial would be an opportunity for him to explain his side. “I’m looking forward to a fair and impartial court to prove my innocence.”

“It’s a chance for us to explain that we did not commit any wrongdoing and that this is just a harassment of our family and my father, Vice President (Jejomar) Binay, who is running for President,” he added.

Asked if he was worried that two of the three justices hearing his cases were designated by Mr. Aquino, he said: “I believe that although they were appointees of the President, they have a sworn duty to ensure a fair trial of the cases given to them.’’

“I still believe that we will be having a fair and competent court handling our cases,” he added.

Binay’s counsel, Claro Certeza, said they would file a motion for judicial determination of probable cause questioning the quality of evidence presented by the Office of the Ombudsman. “We believe that the evidence was weak and, in fact, there is no basis even to consider the issuance of a warrant of arrest.”

The Binays’ decades-long hold of Makati, host to the country’s premier financial district, ended in October 2015 when the Ombudsman ordered Junjun’s dismissal as mayor for grave misconduct and dishonesty. He was perpetually barred from holding any public office after he was found administratively liable for the allegedly anomalous public bidding for the car park building project.

Last week, Ombudsman Conchita Carpio Morales recommended his indictment along with 22 other respondents for graft and falsification of public documents.

They were accused of taking advantage of their positions and conspiring with each other to rig the bidding. The alleged illegal acts took place from July to August 2011.

Dennis Pulma, the division clerk of court, said 11 of Binay’s coaccused had also posted bail. “None of them applied for a surety bond or asked for a reduction of bail,” he told the Inquirer.