Duterte: Yes, I’m a dictator, so what? 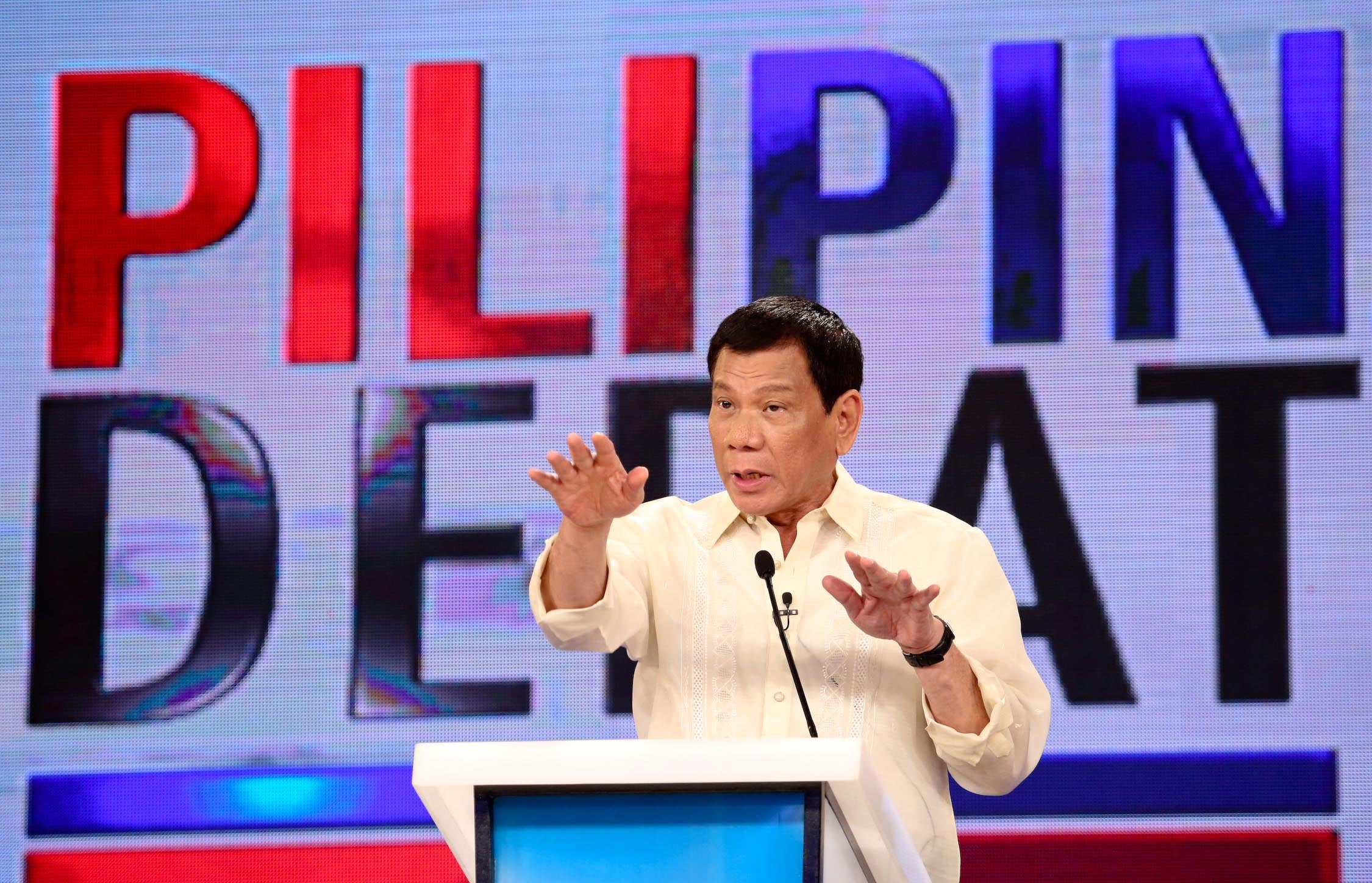 Even as the nation remembers this week the abuses of martial law and the people’s uprising that brought down the Marcos dictatorship 30 years ago, this presidential candidate calls himself a “dictator,” promising to create a crime-free society.

“I am a dictator? Yes it is true. If you don’t like it then don’t vote for me,” the tough-talking Davao City Mayor Rodrigo Duterte told residents of Pasay City Wednesday.

He said he would not hesitate to use the combined force of the military and the police to fight illegal drugs and criminality.

Duterte and his running mate, Sen. Alan Peter Cayetano, are campaigning around the country, in what they describe as a “listening tour” dubbed the “Ronda Serye”.

Their last stop was Barangay 188 of Pasay City, which the Philippine Drug Enforcement Agency has tagged as one of the cities in Manila with a 100-percent drug affectation rate.

Duterte reiterated his oft-repeated description of what his presidency would be like as the country commemorates the 30th anniversary of the first Edsa People Power Revolution.

“If you put me there (presidency), I will finish (all the criminals) off,” Duterte said, again promising to fix what was wrong in the country in three to six months.

In the first presidential debate in Cagayan de Oro last Sunday, Duterte first announced his 3- to 6-month timeline, saying it was a “restriction” he was imposing on himself to ensure that people will immediately feel the effects of his campaign against crime and drugs.

“This is an imposed restriction for me. I am not just trying to impress you,” he said.

But Duterte said he would not resort to martial law like Marcos to fight criminality.

“There is no need to declare martial law. We have several laws which are not being fully implemented,” he said.

In Pasay, Duterte and Cayetano listened to the stories of residents. One of them concerned that of a 59-year-old mother whose child and husband were drug addicts.

The two promised to wage a “24/7 war” against crime and illegal drugs by mobilizing the “best and brightest” of the military and police.

“But I will not let our police abuse their power,” Duterte said.

Duterte had no cash for TV ads during first debate, says camp