More than 270,000 killed in Syria conflict—monitor 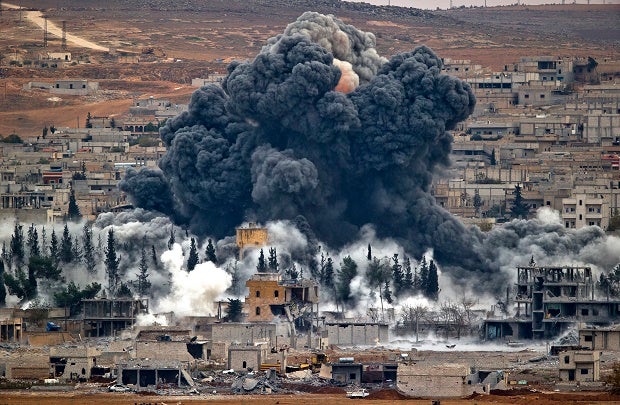 In this Nov. 17, 2014 file photo, smoke rises from the Syrian city of Kobani, following an airstrike by the US led coalition, seen from a hilltop outside Suruc, on the Turkey-Syria border. AP File Photo

BEIRUT, Lebanon—More than 270,000 people have been killed in Syria’s nearly five-year conflict, a monitor said Tuesday in a new toll released just a day after a ceasefire deal was announced.

The Britain-based Syrian Observatory for Human Rights said a total of 271,138 people have lost their lives in the war which broke out on March 2011.

The Observatory said the death toll also includes 97,842 pro-regime fighters, over half of them government troops.

The new toll marked an increase of over 10,000 deaths since the monitoring group gave its last count in December.

On Monday, the US and Russia announced a ceasefire deal that would see an end to fighting between forces loyal to President Bashar al-Assad and rebel groups from Saturday.