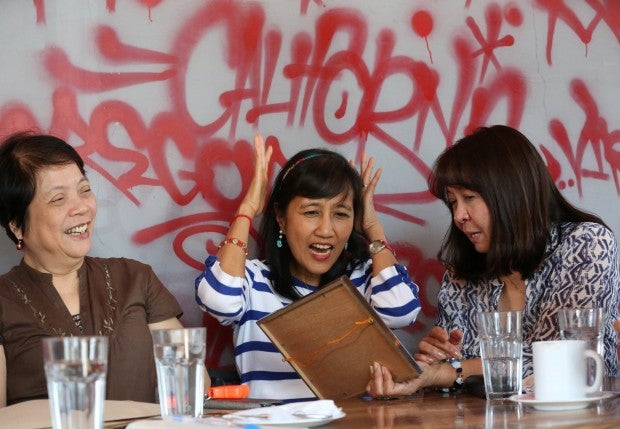 A group of employees of the National Computer Center (NCC), who walked out of the National Tabulation Center during the 1986 snap presidential election, fears the return to power of the Marcos family in case Sen. Ferdinand “Bongbong” Marcos Jr. wins the vice presidency in the May elections.

“What if Bongbong wins. What will happen to us? We fear that he will retaliate against us, among those who caused the downfall of his family,” said Mina Fajardo Bergara.

Bergara is one of the 35 NCC employees who walked out of the Philippine International Convention Center (PICC) in Pasay City after they discovered the manipulation of results in the snap election being contested by Marcos and Corazon Aquino.

The group’s walkout to protest the manipulation of election results to favor Marcos was among the events that culminated in the Edsa  People Power Revolution and ouster of the dictator.

Bergara, Luchi and Mario Lavin, Jane Rosales-Yap, Alice Torres and Linda Angeles-Hill, who helped develop the program for the counting and tabulation of the election results, were interviewed by the Inquirer for the 30th anniversary of the Edsa People Power Revolution.

The computer experts were in their 20s when they walked out on the evening of Feb. 9, 1986, after several waves of election results posted on the walls of PICC did not tally with their computers’ printouts.

“The tally posted on the boards copied by journalists were not the same with our records,” Lavin said.

While the tabulation was going on, Bongbong and his sister, now Ilocos Norte Gov. Imee Marcos, called up some members of the board of consultants of the election count, according to the group.

Yap said the board of consultants was tasked with validating the results before these were posted on the huge boards.

“Printouts of election results coming from the precincts were submitted to the board of consultants as last stop before the tally is posted on the huge bulletin boards,” Yap said.

She, however, said that her group was not pointing to the board of consultants as the ones who changed the tally results.

“We do not specifically know who were doing the manipulation. We observed that our tally did not reflect what were on the board,” Yap said.

She also said that her group’s observations were discussed mostly during breaks and dinners, including the report that Bongbong and Imee had called up some members of the board of consultants to ask about the progress of the tabulation of the results.

“During snacks and dinners we were told that Bongbong and Imee had called up some of the members of the board of consultants to inquire about the progress of the count,” Yap said.

Asked what the group intended to do to stop Bongbong from winning the vice presidency, Bergara said, “We will pray more and explain better what happened 30 years ago, particularly to the young who seemed not to fully understand what happened before.”

Members of the group said they wanted to reiterate that they walked out of the tabulation center because they did not want to be a party to anyone’s wrongdoing. Neither did they do it for Corazon Aquino.

“It was purely  professional disgust for being used for manipulation. It was a fight for our professional integrity and credibility. We did not do it for any candidate, not even for Cory,” Lavin said.

Years after the walkout, what might have befallen them—30 women and five men—had Edsa not happened still sends a chill down his spine, according to Lavin.

“What we did 30 years ago was spontaneous. We were indignant about the manipulation. We did not have any leader,” he said.

He added that there was no plan then for them to stay together after walking out of the PICC.

“We planned to go home and wait for our fate, but everything was providential and Edsa happened,” Lavin said. “With the possibility of the Marcoses returning to power, the chills of fear are coming back as they can easily harm us and our family.”

Read Next
Bishop urges boycott of Madonna concert
EDITORS' PICK
Timeless Elegance in the Philippines’ Most Distinguished Home Kitchens
James Reid, Nadine Lustre confirm split
Pilot test of motorcycle taxis may be ended early
Asean accepts Trump invite to US meet
What exactly did Vilma Bautista — Imelda’s ex-aide — do?
‘A greener, cleaner tomorrow’: A how-to guide for Filipinos who want to help with today’s energy crisis
MOST READ
Taal Volcano and surroundings have become ‘inflated’
Ayala Land bares facts on Technohub deal: P4B in lease to UP
If Marcos runs in 2022 polls, he must accept results – Robredo
Duterte legacy: Chinese criminals
Don't miss out on the latest news and information.