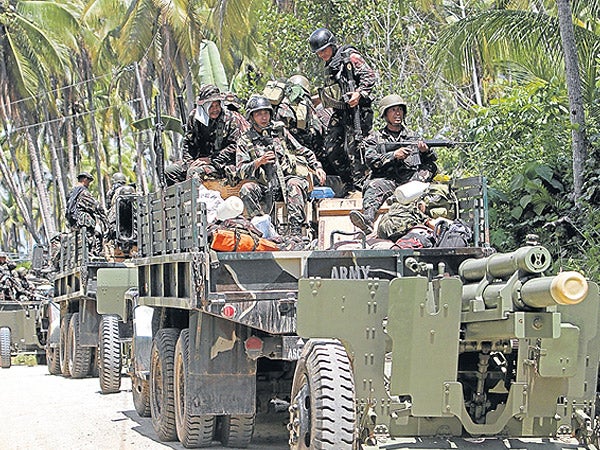 Colonel Roseller Murillo, chief of the 103rd Brigade, said the trucks were traversing the highway in the village of Bubong when ambushed at 10:45 a.m. Tuesday.

“Firefight is still going on,” Murillo told the Inquirer by phone.