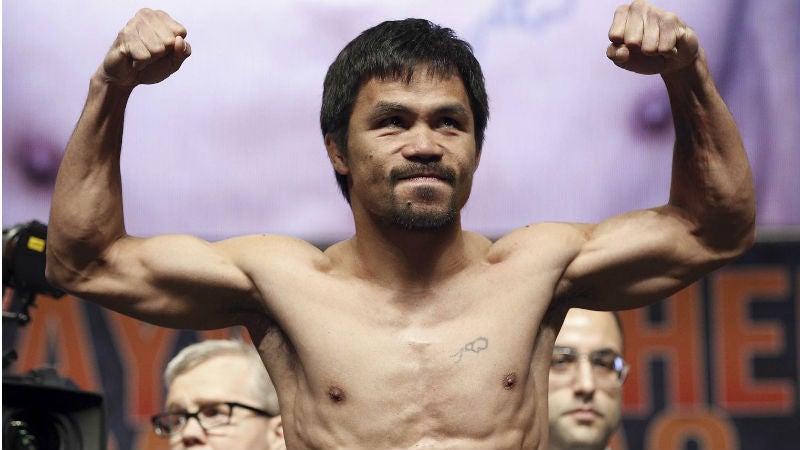 IN FULL RETREAT Manny Pacquiao finds himself against the ropes after comparing gays and lesbians to animals. AP

WORLD boxing champion Manny Pacquiao has drawn a flurry of jabs, hooks and uppercuts from various groups after describing gay couples, lesbians and transgenders as “worse than animals.”

Interviewed by TV5 for its “Bilang Pilipino” election coverage, the Sarangani representative said “common sense” would show there were no animals which engaged in sex with those of the same gender.

By analogy, then, if persons engage in same-sex relations, they are worse than animals, Pacquiao said.

“It’s only common sense,” Pacquiao said in Filipino. “Would you see any species of animals engaging in male-to-male, female-to-female (sexual) relations? Animals, then, are better than humans. They know how to distinguish males from females.

“If people engage in male-to-male, female-to-female relations, they are worse than animals,” he added.

As his remarks touched off a firestorm of criticisms, the world champ issued an apology.

“I’m sorry for hurting people by comparing homosexuals to animals. Please forgive me for those I’ve hurt,” Pacquiao said in a statement. “I still stand by my belief that I’m against same-sex marriage because of what the Bible says, but I’m not condemning LGBT (lesbian, gay, bisexual and transgender). I love you all with the love of the Lord. God Bless you all and I’m praying for you.”

“I apologize if I hurt the feelings of those who belong to the LGBT community. I feel that as a leader it is my moral responsibility to tell and stand by what is right and what I believe is true. I respect LGBT rights and I have nothing personal against them. But I hope they will also understand my own stand and belief regarding the issue…” 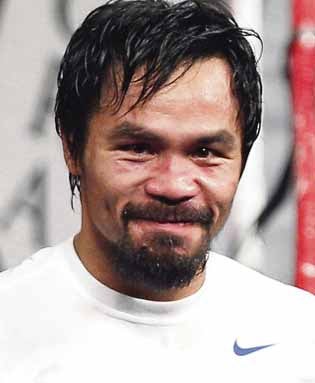 At press time last night, he was reportedly hosting dinner for the local LGBT group.

Despite Pacquiao’s claim of common sense, however, studies have shown that even animals engage in homosexual behavior.

A “born again” Christian pastor, Pacquiao made the statement in the campaign for his senatorial candidacy under the banner of the United Nationalist Alliance (UNA).

Pacquiao has missed the campaign trail to prepare for his fight with American Timothy Bradley in April. But he has ranked high in the voters’ preference polls, getting into the “Magic 12” of senators in the coming elections.

The video of the interview has gone viral on social media, garnering over 1.1 million views. Netizens on Twitter were quick to react.

“Hope the LGBT community spearheads a campaign to keep Pacquiao off the Senate. We don’t need another bigot there,” Cecila (@ceso) said.

Not sure if the best way to refute Manny Pacquiao’s “masahol pa sa hayop” (worse than animals) statement is to tell him there are homosexual animals,” Jacques Jimeno tweeted ([email protected]).

“We Filipinos love our symbols and signifiers. Pacquiao won that seat because he symbolized and signified hope, resilience, greatness. But with that statement, he easily became a symbol and signifier for ignorance and bigotry,” Severo (@TheRainBro) tweeted. 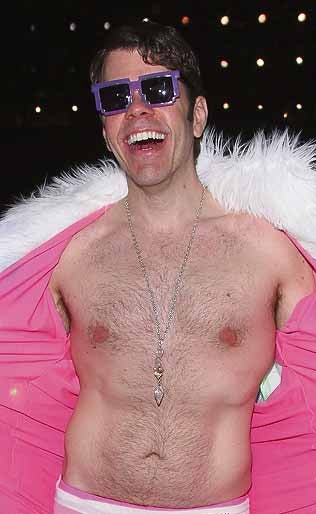 On Instagram, Seguerra said people should not vote for Pacquiao even if he had brought the country honor.

“You might’ve done our country proud but with your statement, you just showed the whole country why we shouldn’t vote for you… You are an ignorant, bigoted hypocrite. You made me lose all the respect I had for you,” Seguerra read.

Beauty titlist Diño, Seguerra’s wife, commented on Facebook, in Filipino: “The punches on Manny Pacquiao’s head may have scrambled his brains! … How sad.”

Even Mo Twister (real name: Mohan Gumatay) said Pacquiao’s remarks were among the “more offensive” he had heard.

Hollywood gossip columnist Perez Hilton (real name: Mario Armando Lavandeira) also commented. “Why do people have to compare homosexuality to animals?! WHY?? Ugh,” he said on his blog (PerezHilton.com).

Hilton said: “The sad thing is that Pacquiao is world famous and a national hero … so we can only guess he’ll win his election to the Senate pretty easily—and then spread this awful attitude around his country. ”

At least one netizen backed Pacquiao. 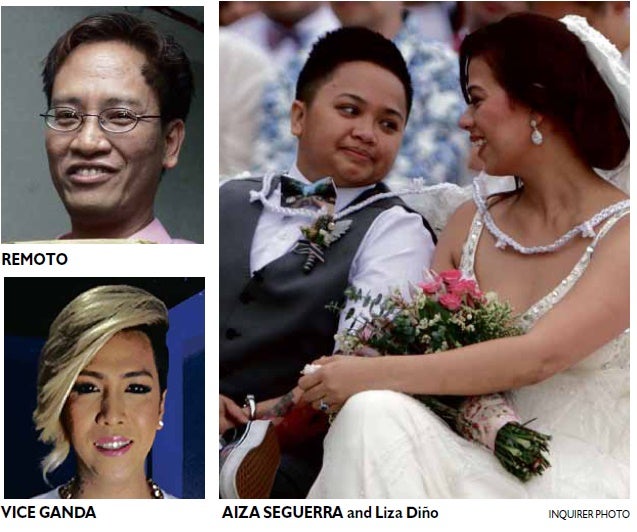 “Manny doesn’t say being a gay or lesbian per se is a sin. It’s the act that he is pointing out,” said kitkpau (@paulocadungon).

“Doesn’t he realize there are gay crabs?” Remoto said.

“To say that animals are better because males of the species sniff and have sex only with the female of the species is ignorant of the fact that homosexuality is found in all forms of creation—from plants to animals and yes, even people,” Remoto said.

A number of animals have been documented displaying homosexual behavior, including sheep, penguins and macaques, he said.

“Pacquiao should realize that if he wants to become senator he should educate himself on the need to protect the rights of disempowered sectors of the electorate,” said Arlene Brosas, the group’s second nominee.

Gay marriage is outlawed in the Philippines due to opposition from the Catholic Church, and 80 percent of the country’s 100 million people subscribe to the faith.

Gay marriages are officiated at small churches but these unions are not recognized by the Catholic Church.

Popular gay comedian Vice Ganda posted #PrayForMannyPacquiao to his 6.7 million followers on Twitter as he tore at the boxer.

“Some people think they can judge people like God just because they’ve attended a prayer meeting and read the Bible,” he said. “The Senate needs experts on politics and law, not blind prophets.”

“Outside the boxing ring, I don’t think Manny Pacquiao should be taken seriously. It struck me first as funny. I pity him,” said Kakay Pamaran, a pastor at a gay church.

Crescencio Agbayani Jr., founding pastor of the LGBTS Christian Church Inc. in the Philippines, called Pacquiao a “bigot” for his statement.

Agbayani’s group holds ceremonial same-sex weddings, issuing Certificates of Holy Union to couples. The rites are not legally recognized in the Philippines.

Ever since the video was uploaded on Monday evening, Pacquiao has earned the ire of virtually the entire Internet.

Netizen Jan-Daniel Belmonte put in his two cents worth. “To be fair to Pacquiao, we are actually worse than animals but it’s not because of same-sex marriage. Dogs are really nice, after all,” he said.

“Anyone who votes for Pacquiao is worse than an animal,” tweeted netizen Cecilia. With a report from Aquiles Z. Zonio, Inquirer Mindanao