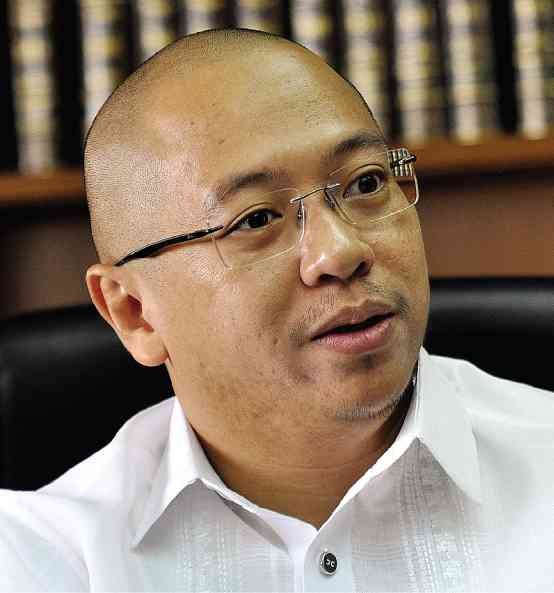 Solicitor General Florin Hilbay urged members of the Supreme Court to search not only their feelings but also records of the 1935, 1973 and 1987 Constitution if there is an express intent to deny foundlings the Filipino citizenship status.

In his presentation as Tribune of the People, Hilbay said there is no evidence showing that the three  constitutions intend to deny foundlings, or children with no known parents their status as Filipinos.

“Given the grave implications of the argument that foundlings are not natural born Filipinos, I strongly advise the members of this Honorable Court not only to search your feelings, but, more important, to search the records of the 1935, 1973, and 1987 constitution for an express intention to deny foundlings the status of Filipinos,” Hilbay said.

“This means that the statistical probability that any child born in the Philippines would be a natural born-Filipino is 99.93 percent,” he said.

Poe was found abandoned at a church in Jaro, Iloilo in 1968.

“This means that the statistical probability that any child born in the Philippines on that decade would be a natural born Filipino is 99.83 percent…It at all, the likelihood that a foundling would have a Filipino parent might even be higher than 99.9 percent. Filipinos abandon their children out of poverty or, perhaps, shame. We do not imagine foreigners abandoning their children here in the Philippines thinking those infants would have better economic opportunities or believing that this country is a tropical paradise suitable for raising abandoned children,” Hilbay said.

“I certainly doubt whether a foreign couple has ever considered their child excess baggage that is best left behind,” he added.

Hilbay said denying full Filipino citizenship to all foundlings based on theory that one among thousands might be of foreign blood “is downright discriminatory, irrational and unjust.”

The Solicitor General was ordered to give his views on the case although he had manifested that he would not represent the Commission on Elections. TVJ

Read Next
Lacson dares fellow Senate bets: Be statesmen, not politicians
EDITORS' PICK
Look Through: The fate of impounded stray dogs
House energy committee chair Arroyo bats for cheap electricity
What to watch out for when selecting a video surveillance solution
23,000 cops to be deployed nationwide for school reopening
Unleash the photographer in you this World Photography Day with vivo smartphones
DOH says COVID-19 cases plateauing, but public shouldn’t be ‘complacent’
MOST READ
Korina Sanchez reunites with former ABS-CBN co-anchors Julius Babao, Cheryl Cosim
Sharon Cuneta asks for prayers for friend in ICU who suffered silent stroke
QC school’s shutdown violated rules – CHEd
Light therapy could be the answer to your sleep problems
Don't miss out on the latest news and information.