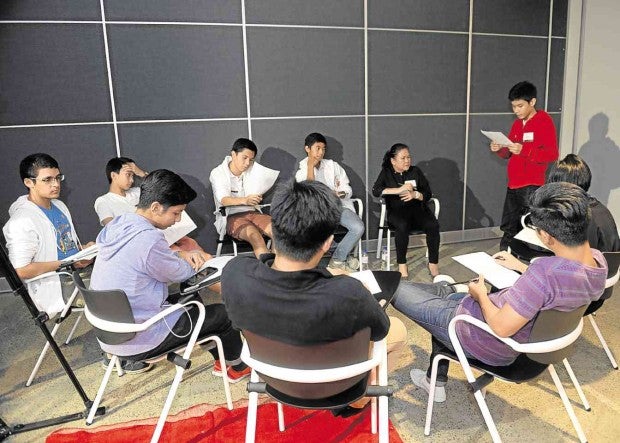 SO THESE days, young people are sending 140-character tweets and using video chats via their gadgets to communicate with friends. They are able to reach out to peers with attention span as short as theirs, and that’s great, right?

But can teens speak their mind intelligently and get their message across to all kinds of audience? What happens when they have innovative ideas that they need to pitch to people who can help them implement their plans? Can they think on their feet and give impromptu talks? Can they answer questions during an interview? When called upon, can they deliver a speech using the right vocabulary, gestures, voice, pace and speed? Do they have the self-confidence for public speaking?

Targeted at teens 13 to 18 years old, it was an offshoot of his experiences at the 2015 MyEO NextGen entrepreneurial camp, a program exclusive to the children of members of the Entrepreneurs Organization (EO).

This year, SpeakUp will be integrated in the NextGen Manila boot camp to be held March 31 to April 3 at the New World Hotel in Makati City. This year’s challenge is Biz Wars, and the young participants will learn and put into practice the skills needed to run a successful pop-up business. 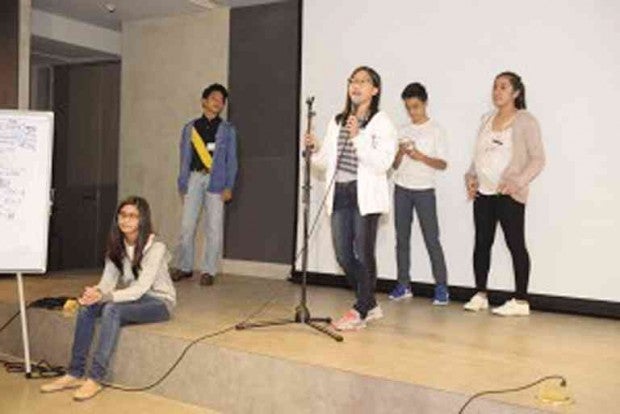 Presenting their fresh ideas before a live audience of parents and peers.

“Last year, the experts taught us various ways to connect to the audience and at the end we were asked to think of how we could present our business plans in ways that would be compelling,” Ramos recalls.

By his standards, the presentations left much to be desired. Consequently, he thought it would be good to attend workshops where he could practice and improve his presentation skills.

To his surprise, there was hardly a workshop or teacher who could guide teenagers specifically in the art of public speaking. The lack of resources for such an important skill baffled Ramos. He also realized that there was hardly any opportunity for youth his age to share ideas and interact.

Ramos then met a group of experts at training personnel on effective communication and, with their help, organized a workshop where teens could learn how to speak in front of peers or elders. And that was how SpeakUp was born.

For its first run, it was clear that the best people to invite for the workshop would be the same group that inspired Ramos to organize it in the first place—the MyEO Nextgen Manila campers.

Nearly 40 NextGen’ers joined the workshop one Saturday at the Swatch building on Arnaiz Avenue in Makati City. They learned methods that included neuro-linguistic programming, which explained how one could effectively connect with an audience.

The skills taught were put to the test at the end of the three-hour workshop. Each break-out group of NextGen kids was asked to give a presentation on alternative and unexpected uses for everyday objects.

Ramos’ group had to think of fresh takes on toothpaste. Another group had to imagine new hacks for a slipper (butter knife, anyone?). The teens and their parents all enjoyed the “Group and Tell” portion. 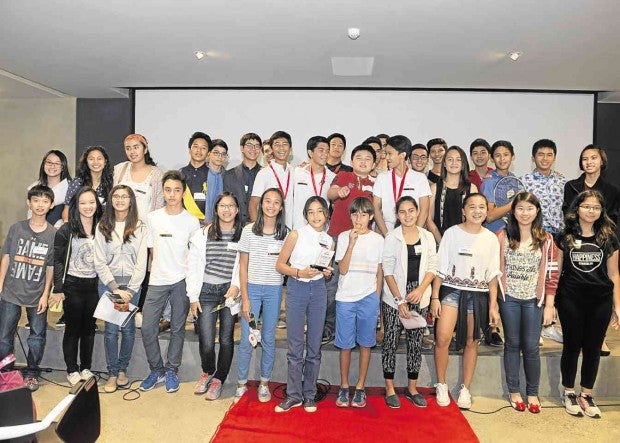 AT SPEAKUP, teens will learn how to most effectively pitch an innovative idea to an audience, as did the first batch shown in this photo.

The workshop was very much in line with the camp’s goal of shaping the young participants into entrepreneurs, in as much as good presentation skills are always required to gain support for a new business.

“But we made the whole thing enjoyable,” Ramos says. “We didn’t tell them to pitch their business ideas. We told them to find alternate uses for things. It wasn’t that serious but, despite that, the skills themselves were important skills. And then, of course, it was fun working with friends.”

Through the years, he says, he observed that children his age or younger did not feel comfortable on stage and were mostly fearful of it.

Ramos discovered early enough that speaking in front of a crowd was something he could do with ease. Not just speaking, though. As a young boy, he appeared with Joy Virata in a two-character adaptation of “Breakfast at Tiffany’s,” which was presented twice in a restaurant-bar.

At 10, he played the lead in Repertory Philippines’ production of “Seussical.” 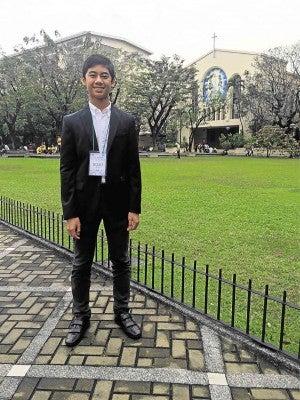 RAMOS was the only high school student to compete at the recent International Public Speaking Competition for the English Speaking Union.

Ramos recently competed at the International Public Speaking Competition for the English Speaking Union, which was held at Far Eastern University. Although the youngest and only high school student among the participants from schools nationwide, he made it to the semifinals.

To promote public speaking among the young, Ramos helps organize various events for public speaking as a member of the Forensics Club at ISM. He says he hopes to set up more workshops to help teens speak up and find their voice.

He will be joining this year’s NextGen camp again and is hoping the SpeakUp workshop will make a difference in the presentations that the teams of campers will be giving at the end.