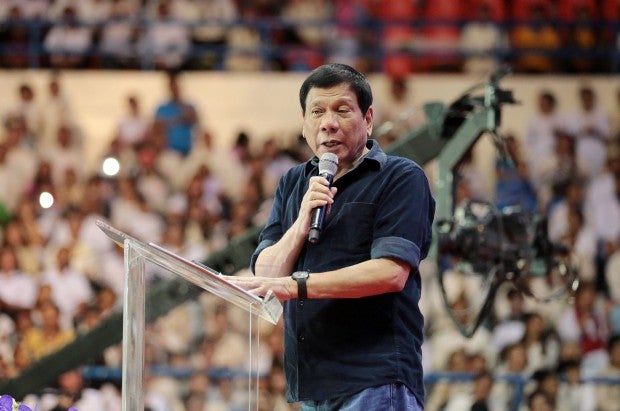 Presidential aspirant and Davao City Mayor Rodrigo Duterte said that he has found a “powerful ally” in Pope Francis in his crusade against illegal drug trade in the country.

In a statement issued on Sunday, Duterte lauded the Pope for taking a tough stance against illegal drugs during the six-day papal visit to Mexico.

He also took a swipe against his rivals who are said to be “blind” in the reality of the proliferation of illegal drugs in the Philippines.

“As a Catholic, I am proud that Pope Francis has taken the courage to name the issue and face down narcopolitics.  Sad to say, my opponents seem to be too blind to this reality,” Duterte said.

The tough-talking mayor said that the issue of illegal drugs “angers him,” adding that he would risk his life just to stamp out corruption, crimes, and drugs if elected president.

“I will do it even if I lose my life, my honor and the presidency,” he declared during his proclamation rally in Tondo last week.

During the said proclamation rally, the mayor hit the government for not doing anything to stop the illegal drug trade in the country.

“Drugs is our problem, but the government is not doing anything,” he said.

On Saturday, Pope Francis celebrated mass in the Basilica of Our Lady of Guadalupe, the most visited Marian shrine in the world.

The Pope said that his visit to Mexico meant that he would face the problems plaguing the said country.

Duterte drew flak last year after he supposedly hurled invectives against the Pope. He later apologized to the clerics.

He even said that he is considering going to the Vatican soon, but shelved it because he might be accused of politicking.