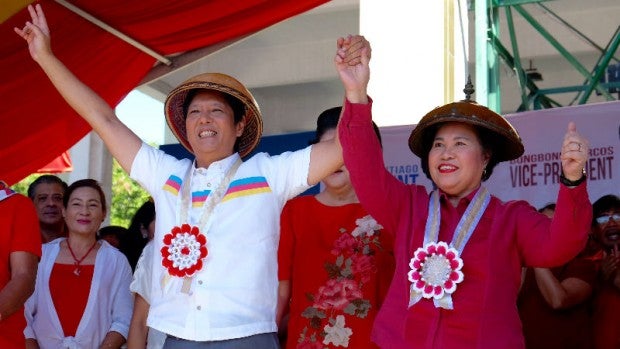 The tandem of Senators Miriam Defensor-Santiago and Ferdinand “Bongbong” Marcos Jr. on Saturday bared their 10-member Senate slate for the upcoming national elections in May.

Petilla, Villanueva, and Recto are running under the Liberal Party-led “Daang Matuwid” of Mar Roxas and Leni Robredo, while Romualdez, Pacquiao, and Ople are also under the opposition ticket of Vice President Jejomar Binay’s United Nationalist Alliance.

READ: Santiago: Anyone qualified can join my senatorial slate, except criminals

The senatorial lineup is set to be introduced during the “Youth for Miriam” event on Sunday at the Ynares Sports Arena in Pasig City, where Santiago and Marcos are expected to attend at 6:30 p.m. IDL