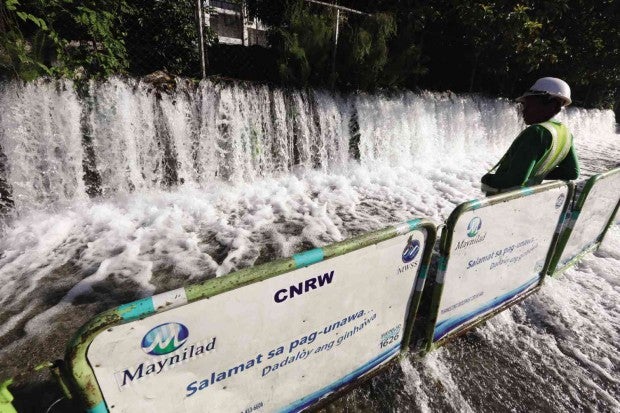 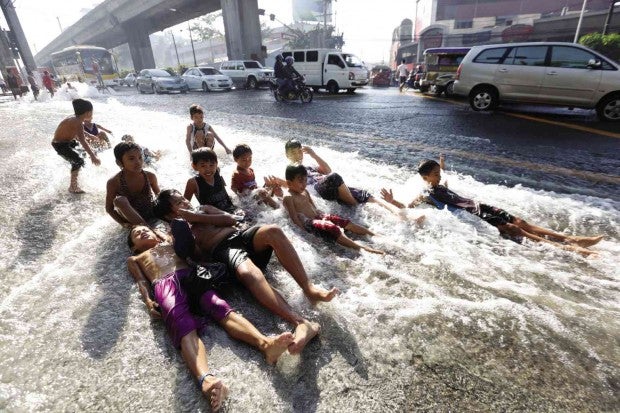 A busted valve of Maynilad Water Services Inc. sent torrents of water gushing onto the street, caused a flash-flood affecting nearby homes, but cut the supply to some 200,000 customers mostly in the southern part of the metropolis.

Residents lugging pails and other containers took advantage of the massive leak and helped themselves to the accidental fountain on Ramon Magsaysay Boulevard, Manga, Sta. Mesa. Children frolicked in the resulting stream, though it proved to be a nuisance to rush-hour commuters, like students going to the nearby Polytechnic University of the Philippines.

In a statement, Maynilad traced the problem to a temporary valve that gave way while workers were repairing a main pipeline along Magsaysay and Santol Street.

This caused an unscheduled water supply interruption for customers in Manila as well as in cities of Pasay, Las Piñas, Parañaque, Muntinlupa, and in Cavite province. Their supply was expected to be restored Thursday night, the firm said.

The leak started shortly before midnight Wednesday, according to residents. The resulting “waterfall,” as they called it, caused a knee-high flood in nearby houses.

A Maynilad technical team was able to stop the strong water flow around 10:30 a.m. Thursday and the flooding promptly subsided, the utility firm said.

Company officials could not give an exact figure when asked how much water was spilled, saying the amount was “minimal and not even 0.1 percent of the water supplied in our concession area in a day.”

According to the company’s website, Maynilad delivers over 2,000 million liters or 2 million cubic meters of potable water per day to over nine million customers.

The rough estimate given by the officials regarding Thursday’s loss would mean that the wasted water could amount to about 2,000 cubic meters, which would cost around P67,000 based on its prevailing service rate of P33.87 per cubic meter.