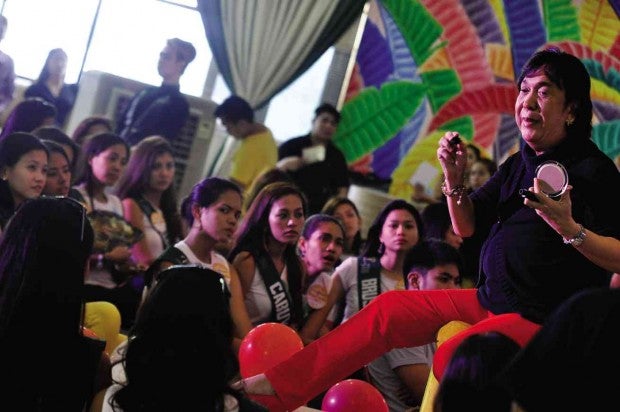 A hairdresser who earlier tested positive for human immunodeficiency virus (HIV) won a 2014 labor dispute against his employer, celebrity hairstylist Ricky Reyes, who was found guilty by a labor-management mediation court of “discrimination and unlawful termination,” a workers’ federation announced on Sunday.

In a statement, the Associated Labor Unions-Trade Union Congress of the Philippines (ALU-TUCP) said the mediation court found that Reyes and business partner Tonneth Moreno transferred Nocos to a branch that was about to go bankrupt, immediately after learning that Nocos showed symptoms of HIV infection.

After the branch closed down, Nocos was never given any new assignment, ALU-TUCP said, citing the 10-page decision of labor arbiter Joanne Hernandez-Lazo.

“HIV illness is not highly contagious and it is not transmitted through touching, hugging, sneezing, coughing, eating or drinking   using shared utensils or being around an infected person. Thus, the means by which they (Reyes et al.) tried to protect their other employees and customers unduly trampled upon the rights of the complainant (Nocos),” the decision said, as quoted by the labor group.

Nocos filed a case of discrimination, unlawful termination, nonpayment of lawful wages and benefits against Reyes and Tonneth Moreno in the NLRC on March 3, 2014, three days after he was fired.

Nocos claimed he was fired by Reyes and Moreno after dis closing to them that he had HIV.

The employee filed a separate complaint against Reyes and Moreno for not paying his Social Security System  and PhilHealth insurance premiums despite being employed in Reyes’ company since July 16, 2003.

Nocos sought the help of ALU-TUCP in June 2015, making his condition public. ALU-TUCP noted that he did this despite the risk of being stigmatized and shunned by society and his own family.

Reyes could not be immediately reached for comment. An assistant who relayed the Inquirer’s request for an interview with Reyes has yet to respond at press time.

In a media statement last year, Ricky Reyes Corp. maintained that discrimination had nothing to do with the decision to let

Nocos go, saying he was allowed to go on sick leave in 2013 and was paid his salary in full for six months. The company then did not specify the illness.

Nocos later presented a medical certificate stating he was fit to work again, so the head office assigned him to a salon branch on España, Manila, the company recalled. But after some time, his illness recurred and he again went on sick leave for three months, with full payment of his salary.

“His illness was on and off  and, sad to say, the [España] salon was not doing good… so management decided to close   shop,’’ it added. The affected employees were told to wait as management worked out their relocation to other branches. “But Nocos demanded to still have his salary in full, [a demand] which management declined. The company waited for him to report back [but] he never did.”

In an interview on Sunday, ALU-TUCP spokesperson Alan Tanjusay said Reyes could still appeal the case at the NLRC and the Court of Appeals, “but as long as there is no new evidence, the decision is always in favor of the complainant.”

“We hope Reyes will not contest the decision anymore and help Rene get his life back together for good.’’

According to Tanjusay, Nocos is currently staying at Positive Action Foundation Philippines Inc. and that he was represented in the NLRC by lawyer Noel Neri, who handled the case pro bono.

Hailing the NLRC decision, ALU national executive vice president Gerard Seno said “oppression like this happens because there are still a great majority in our society whose judgment calls are still guided by their ignorance about HIV and AIDS (acquired immune deficiency  syndrome).

“Labor unions feel there’s a strong need to combine and connect the old and the new paradigms about HIV and AIDS in order to minimize stigma and discrimination surrounding the phenomenon,” Seno added.