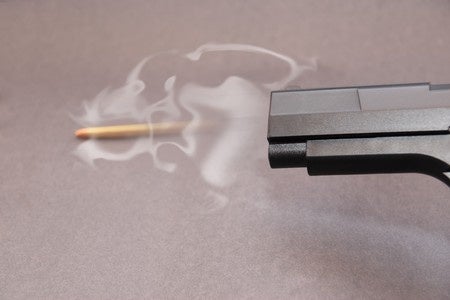 ZAMBOANGA CITY – The mayor of Bongao, Tawi-Tawi, was wounded after he was shot in the village of Baliwasan here on Sunday morning.
Mayor Jasper Que sustained wounds in the arm and body. He was brought to the Ciudad Medical Hospital.
Senior Inspector Helen Galvez, spokesperson of the Zamboanga City Police office, said Que, his driver identified only as Adjing and staff Jurmina Hashid were traveling from Zamboanga City Airport to the city center when two motorcycle-riding men fired at them and hit the mayor.
RELATED STORIES

Read Next
North Korea fires rocket seen as covert missile test
EDITORS' PICK
Metro Manila to remain under COVID Alert Level 2 until December 15
IATF tightens border control, suspends entry of fully vaxxed nationals from ‘green’ countries
Villar Group gears up for AllValue Shopping Party on Dec. 3; around P 1-million promos and discounts up for grabs
Duterte open to making jabs mandatory; Cabinet mulls ‘pressuring’ the unvaccinated
Legarda: Ending Violence Against Women, a cause for all
A delightful blessing!
MOST READ
Quiboloy warns of ‘much worse than Omicron virus’ if his ‘persecution’ is not stopped
Marcoleta defends pol ads on ABS-CBN
Omicron poses ‘very high’ global risk, countries must prepare–WHO
Gov’t plans to open COVID-19 vaccination for 5- to 11-yr-olds by January 2022
Don't miss out on the latest news and information.