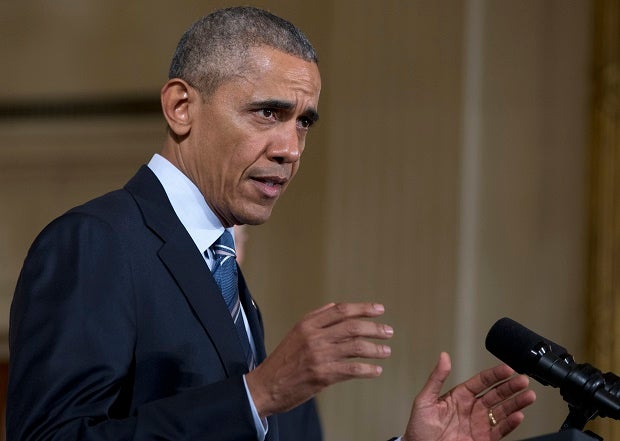 Hosting President Juan Manuel Santos at the White House, Obama said the winding down of a 50-year conflict between Colombia’s government and leftist FARC rebels that killed 225,000 should be met with a shift in US strategy.

“Just as the United States has been Colombia’s partner in a time of war,” Obama said, “we will be your partner in waging peace.”

Ending “Plan Colombia” is the latest move by Obama’s administration to cast off the last vestiges of policies in Latin America that were borne of the Cold War.

Obama has also moved to normalize relations with Cuba, long a point of contention for the entire region.

The United States had plowed billions in military aid to Colombia over the past decade and a half under “Plan Colombia.”

The strategy, launched by president Bill Clinton and continued by George W. Bush focused heavily on fortifying Colombia security services against drug cartels and the FARC.

It is hailed in Washington as a bipartisan success story.

Santos thanked Obama, saying US aid had been instrumental in preparing the ground for a peace deal.

But the policy has also been criticized for deepening the drug war, making internecine conflict bloodier and leaving a trail of human rights abuses.

“For many Colombians directly affected by the conflict, ‘Plan Colombia’ is shorthand for a war without quarter,” said Gimena Sanchez of the Washington Office on Latin America.

Under the newly styled “Peace Colombia,” the White House said there would be cash for counternarcotics, but the focus would also be on demobilizing the FARC, mine clearance, humanitarian assistance and funding truth and reconciliation efforts.

Some are calling on the United States to go further in helping the peace process by examining the legacy of “Plan Colombia” and its own role in Colombia’s long and dirty war.

Virginia Bouvier of the US Institute of Peace said the US could help by declassifying documents and offering transparent information about events.

“The US has collected lots of information that could be helpful to the Colombians in trying to sort out exactly what happened, including some violations during the war,” she said.

“We call on other countries to search for the truth, as a mechanism for assuring stability, justice and non-repetition of wars. But I think we are also called on to examine our own conscience and our own acts.”

“The US has certainly made mistakes—in wars, there are no clean hands.”

But with long-standing allegations of collusion between US-backed leaders and right-wing militias, declassification is likely to be deeply contentious inside Obama’s administration.

“We have had no requests nor have we had any discussion to release documents,” said US envoy to the peace process, Bernard Aronson.

“I suspect most of those are privileged and would not happen, but we’ll have to wait and see what kind of requests are made.”