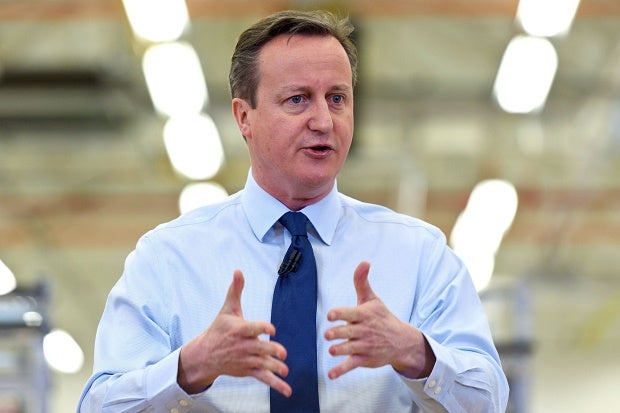 The draft proposals to keep Britain in the bloc, unveiled by EU President Donald Tusk on Tuesday, include a four-year brake on benefit payments for EU workers and protection for countries that do not use the euro currency.

Cameron called the plan “a very strong and powerful package” that incorporated “very important changes” as he outlined its contents during a speech in Chippenham, southwest England.

But opposition from eurosceptics was stiff, with lawmaker Steve Baker accusing the prime minster of “polishing poo,” exposing the acrimony surrounding the campaign ahead of the in/out referendum on Britain’s EU membership expected later this year.

British newspapers were also scathing. “Cameron’s EU deal is a joke” was the headline of the Daily Express, while the Daily Mail called it “The great delusion!”

The Daily Telegraph reported that cabinet ministers were threatening to rebel over what it described as a “watered-down” deal.

Johnson said he had “doubts” about the mooted system, adding that he believed there was “much, much more that needs to be done” on EU reform.

“I think what would be better would be if we had a brake of our own that we were willing to use… That’s what we should be able to do,” he said on LBC radio.

Nevertheless a boost came from Theresa May, the interior minister tipped as a possible leader of the “out” campaign, who said “more work needs to be done, but this is a basis for a deal.”

But Liam Fox, a former defence secretary who supports leaving the EU, said: “None of these changes even come close to the fundamental changes promised to the public.”

Nigel Farage, leader of the anti-EU UK Independence Party (UKIP), said the idea that the proposals could be considered a victory was “frankly ludicrous.”

“Essentially what we have is almost the current situation at the Council of Ministers where a majority can block new legislation,” he said.

He added in a tweet: “Today’s draft deal hardly worth the wait, pathetic.”

Leave.EU, a group which is campaigning for a so-called Brexit, called the plan a “fudge and a farce.”

“Even an escapologist as slippery as David Cameron, no stranger to breaking promises on the EU, cast-iron or otherwise, found himself unable to defend his worthless package of so-called reforms,” said the group’s Arron Banks.

Yet “Britain Stronger In Europe,” the main campaign group for remaining in the union, welcomed the plans as “good for Britain.”

“We can have the best of both worlds—strengthening our economy and our position on the world stage through our membership of the EU, whilst giving us greater control to protect Britain’s interests,” said Stuart Rose, the group’s chairman.

Tim Oliver, analyst at the London School of Economics, said that Cameron would be “relieved” at having thrashed out a deal that could be approved by EU leaders.

“The deal constitutes something of a victory,” he said.

“A great deal will rest on him being able to get the rest of the EU to sign up to this,” he added. “That won’t be easy, but it’s possible.”