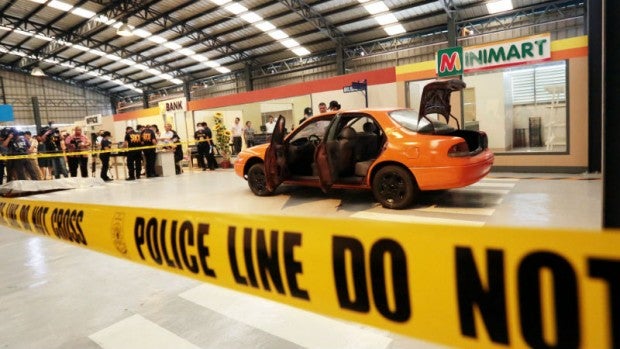 Scene of crime personnel polishes their skills and techniques on how to handle a crime scene during the inauguration of the “crime plaza” at the Directorate for Investigation and Detective Management facility at Camp Crame in Quezon City on Tuesday, February 2, 2016. INQUIRER PHOTO / GRIG C. MONTEGRANDE

Also presented to the media in Camp Crame on Tuesday was the facial recognition system being eyed by the PNP.

“We need to avail of the available technology in the market so we could perform and accomplish our mission faster and better,” Marquez said.

“That’s what we lack: analytics… and the technology to help up enhance our analytical functionality in the long run. It would mean higher crime solution efficiency, higher crime clearance efficiency, and—because we will be just utilizing a few personnel to run these systems—more policemen on the streets,” Magalong said. Jaymee T. Gamil