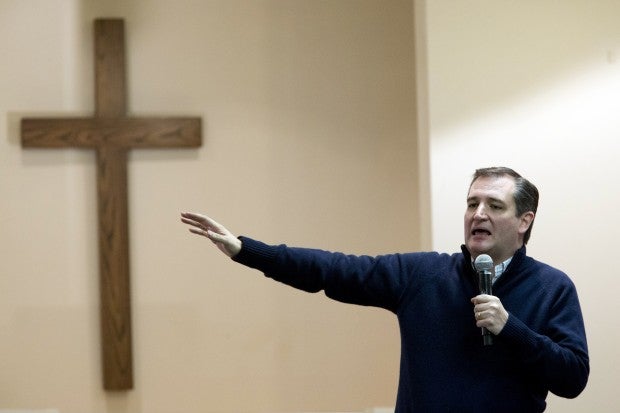 It’s Ted Cruz on top in the leadoff Republican presidential caucuses in Iowa.

The Texas senator has edged past of Donald Trump and a crowded GOP field.

Cruz’s victory in the first contest of the 2016 race comes just four years after he rode a tea party wave to win election to the Senate.

The race now moves to New Hampshire, where Trump has strong support among voters frustrated and angry with Washington.

Trump, Cruz clash in first Republican debate of the year

To Fil-Am Republicans: Do you really want to be part of this?