Comelec exempts lawmakers running in May polls from gun ban 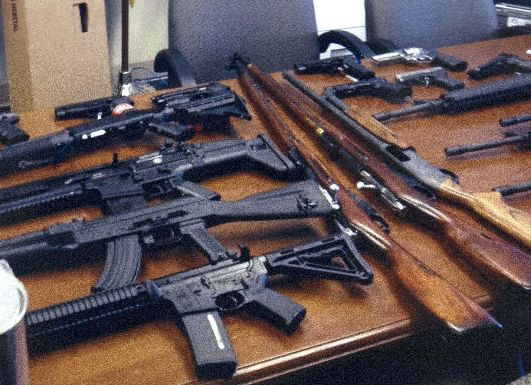 The Commission on Elections (Comelec) has exempted incumbent senators and congressmen who are running for posts in the May elections from the gun ban policy.

In Resolution 10047 promulgated last Jan. 28, the Comelec decided to amend an earlier rule which said that only senators and congressmen who are not candidates in this year’s polls are allowed to carry firearms during the election period.

The commission considered the opinion of Comelec law department acting director Maria Norina Tangaro-Casingal who said that “an incumbent Senator or Member of the House of Representatives remains to be a high-ranking elected official, and is entitled to such position, to exercise and discharge his lawful mandate to the full term of his Office” whether or not they have filed a certificate of candidacy (COC) for reelection or other elective position.

Tangaro-Casingal added that although they have filed their COCs, they are also not yet considered resigned from office.

Meanwhile, in the same resolution, the poll body decided to include persons who are “high risk” to be included in the list of those exempted from the gun ban.

Comelec said that a person was considered as “high risk” if one’s application was backed by “credible evidence” and if the poll body found his or her reason for asking the exemption justifiable through the conduct of a background check.

Some officials who are authorized to carry firearms during the election period include the President, Vice President, Cabinet secretaries, the Chief Justice and justices of the Supreme Court and the Ombudsman.
RELATED STORY