Cayetano Paderanga Jr., former director general of the National Economic Development Authority (Neda), passed away on Saturday. He was 67.

Paderanga was Neda chief when President Benigno Aquino III assumed office in 2010. He stepped down from his post in 2012, with the Palace citing “health reasons” for the resignation.

Paderanga also served as Neda chief from 1990 to 1992 under the administration of Aquino’s mother, the late President Corazon Aquino, and executive director for the Philippines at Asian Development Bank from 2001 to 2003.

In a short statement, Malacañang mourned Paderanga’s passing and hailed his contributions to public service.

“His institutional memory and personal integrity made him an effective undersecretary of agriculture and chief negotiator of the country for the WTO (World Trade Organization) and earned him the respect of his peers in academe,” said presidential spokesperson Edwin Lacierda. 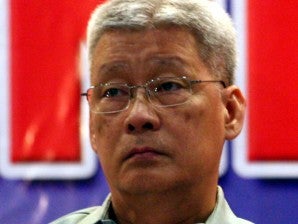 “His good cheer, humble disposition, and intellectual rigor earned him the respect of so many, whether at home or abroad. We condole with his family, and join all who pause to reflect on his service to the nation during a life well lived,” he added.

Paderanga also taught economics at University of the Philippines Diliman.

His friends, colleagues and students took to social media to express their sympathies and condolences

“Goodbye, sir Cayetano Paderanga Jr. I hope and pray for your eternal rest in heaven. Your public service was exemplary, your loyalty honorable, your ethics admirable. I am one of the thousands who have been blessed by your kindness and patience, your generosity, gentleness and humility,” wrote Forbes Philippines managing editor Lala Rimando, a business journalist close to Paderanga. RAM/RC