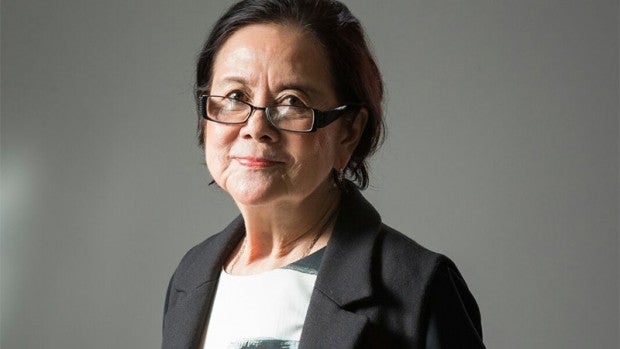 It took six months to finalize the details of Sen. Grace Poe’s guesting at the Meet Inquirer Multimedia Forum, and when the day finally came yesterday, the paper’s editor in chief, Letty Jimenez-Magsanoc, was no longer around to fire off the toughest questions.

But the senator fondly remembered Magsanoc and quoted her words to urge the Inquirer to persist in its role in nation-building.

Poe quoted two of Magsanoc’s famous assertions on the Inquirer type of journalism she had wanted to propagate.  The late editor said she wanted a “feeling newspaper… (that was) able to put a human face to the readers and the people being featured.”

Magsanoc also said she became a journalist “to become as close to the heart of the world as possible.”

“They say that to effect change, do it through journalism, and I think that is true,” the senator said.

She added: “With the tradition started by the brave women here in the Inquirer, I think that you will be able to help us speed up growth, progress, accountability and transparency in our country if we don’t waver and we do not compromise.”

Poe urged the journalists in the forum to “always remain true to your commitment, to do what you are doing because if other branches of government fail, we know that we can at least rely on you.”

Magsanoc, who passed away on Christmas Eve, started the Inquirer with veteran journalist Eugenia Duran-Apostol, in December 1985, a few months before the Edsa People Power Revolution that marked the end of two decades of a Marcos dictatorship.