Drug syndicates celebrating due to friction among narcs—lawyer 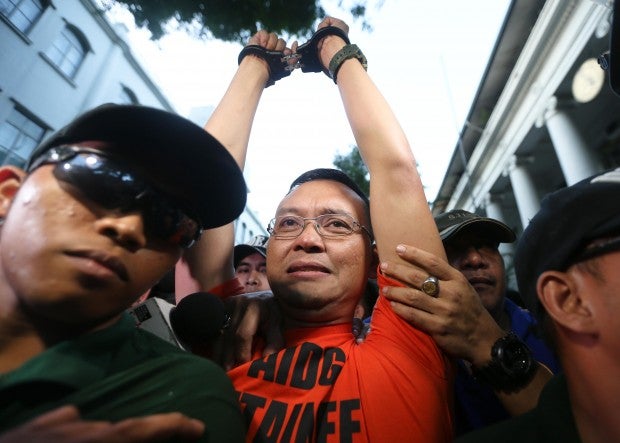 Marcelino, together with his Chinese companion, was arrested last Jan. 21 in a drug bust conducted in Manila.

In his counter-affidavit, Marcelino said the root cause of his arrest was because Philippine Drug Enforcement Agency (PDEA) Chief Arturo Cacdac was “historically irate” at his continued involvement in the anti-drug campaign of the government.

“His animosity towards me is known in the PDEA. I have been informed of his verbal tirades against me, one of which I recall, when I was in Hong Kong attending a court hearing. As part of the requirements, I requested PDEA for a certification that I have no case pending. It reached me that Director Cacdac said that ‘bakit ba hindi na lang manghuli ng Abu Sayyaf iyan sa Basilan? Bakit ba nakikialam pa yan sa drugs (Why don’t he (Marcelino) just capture the Abu Sayyaf in Basilan? Why is he meddling with drugs?)’”

“I could not understand how he can be harsh on me despite all my contributions and sacrifices to help fight powerful drug syndicates,” said Marcelino.

Manalo said: “I am starting to entertain the idea that the drug syndicates who are behind the operations in the area were able to maneuver things in such a way two agencies in government who are dealing with drug investigation would have a misencounter.”

Marcelino and Yan Yi Shuo are facing a complaint for violation of the Comprehensive Dangerous Drugs Act particularly for manufacture, conspiracy to manufacture and possession of illegal drugs.

Authorities confiscated 76,697.7 grams of shabu worth over P380-million.

Manalo said the question that should be answered by the authorities is who owns the house.