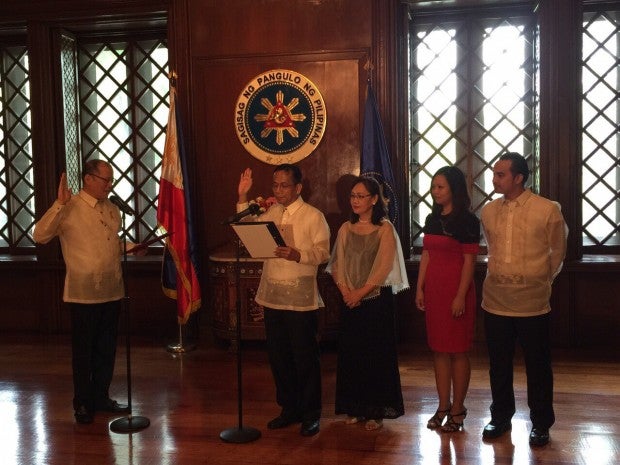 Arsenio Balisacan takes his oath as Philippine Competition Commission at the Malacañang Palace. PHOTO FROM MALACAÑANG

A photo released to Palace reporters showed Aquino administering the oath in one of the rooms in Malacañang.

The oathtaking supposedly transpired just before noon on Wednesday and after Aquino held a private meeting with Japan Emperor Akihito and Empress Michiko.

Palace on Monday announced that Balisacan is also taking on the role as chairperson of the PCC, with a term of seven years.