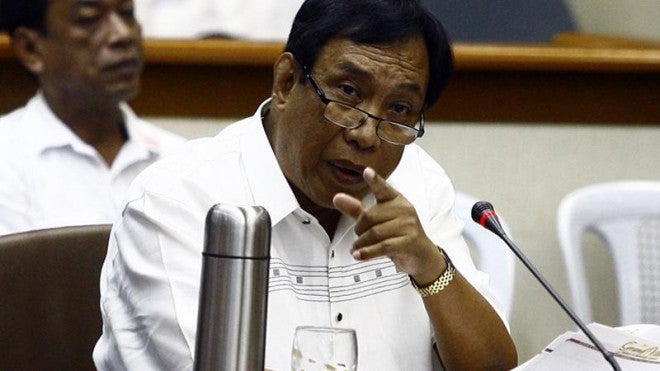 The Sandiganbayan has reconsidered its previous decision and now allowed Ernesto Mercado to testify against the vice president’s wife Elenita Binay in her graft trial over the anomalous Makati city hall furnishings deal.

In a resolution promulgated Jan. 22, the anti-graft court Fifth Division said it reconsidered its earlier ruling and granted the prosecution’s motion for reconsideration on the denial of their bid to present Mercado as witness.

The court said the prosecution, and not the court nor the accused, has the mandate to present its own witnesses.

It added that it is only allowing Mercado to testify pertaining specifically to a Commission on Audit (COA) report which found anomalies in Dr. Binay’s dealings when she was Makati mayor on the city hall furnishings.

“A reexamination of the motion stirs this court to reconsider… It is axiomatic that the matter of presentation of witnesses by the prosecution is not for the accused, except in a limited sense, for the court to dictate,” the court said in its resolution.

“The prosecution has the discretion as to how to present its case and it has the right to choose whom it wishes to present as witnesses,” it added.

The court said only Mercado can explain how the original copy of the audit report came to his possession.

In July 2015, the court denied the motion to include Mercado as witness because he as former Makati vice mayor has no connections with the COA, and that he may have only received the audit report from a shady source.

Now that he is allowed to take the witness stand, Mercado is set to testify about the original audit report he supposedly furnished to audit commissioner Heidi Mendoza in August 2014.

Mendoza was then having trouble testifying in the trial proper against Dr. Binay because she could not present to court the original copy of the audit report which found anomalies in Dr. Binay’s furnishings deal.

When Mendoza then presented the original copy of the audit report and said it was handed to her by Mercado, the court said Mercado should be the one testifying about the authenticity of the original audit report.

Dr. Binay’s graft case stemmed from the alleged P21.536-million overprice of the P72-million contract for panel fabric partitions and connector brackets for the Makati city hall when Dr. Binay was mayor in 1999.

The case is the result of audit findings led by Mendoza who said the bidding for the contract was rigged.

Mercado is the main witness against Vice President Jejomar Binay, his son Makati mayor Junjun, their alleged dummies, and other Makati officials in a Senate investigation over the purported overprice or kickbacks of various Makati projects when the vice president was mayor.

Vice President Binay, the opposition candidate for the 2016 elections, was indicted by the Ombudsman for graft for the alleged overprice and rigging of the construction and design contract in the Makati city parking building. IDL

Read Next
2 NIA workers in Quezon die in accident
EDITORS' PICK
Want to help local farmers? Shop small and eat Real Food
Manila is 78th most expensive city in the world for foreign workers
ICC is everything but a court of ‘white people’
Garcia softens stance, meets IATF halfway on swab-upon-arrival policy
Piolo Pascual: The Ultimate Heartthrob continues to level up
TeaM Energy pushes development programs to help in pandemic rebound
MOST READ
Sharon Cuneta on living in the US: ‘Nagagawa ko lahat ng normal na bagay’
ICC is everything but a court of ‘white people’
Duterte-Duterte tandem possible but ‘winnability is another question’ — Binay
More than 150,000 voters wiped off the registration list – Comelec
Don't miss out on the latest news and information.