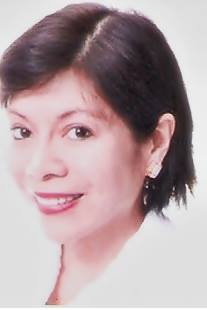 The Supreme Court dismissed the bid of the House of Representatives through House Speaker Feliciano Belmonte to reconsider its decision removing from Congress Marinduque Representative Regina Ongsiako Reyes and swear-in Lord Allan Jay Q. Velasco and include his name in its Roll of Members representing the lone district of Marinduque.

“The Court today (Tuesday, Jan. 26) denied the motion for reconsideration filed by the Speaker. The decision is now final and executory, as far as that particular petition is concerned,” high court’s Information Chief Theodore Te said at a press conference.

Early this month, the high court with an 8-1 vote ruled that the administration of the oath and the registration of  Velasco as the duly-elected congressman for  Marinduque “are no longer a matter of discretion or judgment” on the part of House Speaker Feliciano R. Belmonte Jr.

The high court’s ruling came after  Velasco filed a petition for mandamus against Belmonte, House Secretary General Marilyn Barua-Yap, and Reginal Ongsiako Reyes, his rival who had been disqualified as a congressional candidate by the Commission on Elections (Comelec) in the 2013 election.

Belmonte and Barua-Yap “are legally duty-bound to recognize Velasco as the duly elected Member of the House of Representatives for the Lone District of Marinduque in view of the ruling rendered by this Court and the Comelec’s compliance with the said ruling, now both final and executory,” the high court said in a decision written by Associate Justice Teresita J. Leonardo de Castro.

Ruling favorably on Velasco’s petition, the SC said that “there is no longer any issue as to who is the rightful representative of the lone district of Marinduque” with the finality of its decision which affirmed the ruling of the Comelec that “correctly cancelled Reyes’ certificate of candidacy (COC) for member of the House of Representatives on the ground that she was ineligible for the subject position due to her failure to prove her Filipino citizenship and the requisite one-year residency in the province of Marinduque.”

“Any ruling deviating from such established ruling will be contrary to the Rule of Law and should not be countenanced,” the SC warned. TVJ

Reyes stays in House for now–Belmonte