Culion: A beautiful story to tell 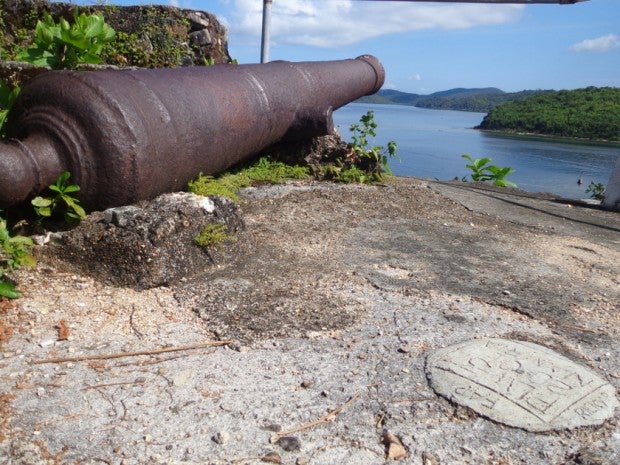 Culion was a former Spanish fort before the American rule. CONTRIBUTED PHOTO/Roger Pe

When many refused to go, they were a handful of courageous men and women who answered a call of duty in 1906. The sad thing is, this generation has forgotten them and not much had been written about their role in helping contain a scourge that could have crippled a country.

They were Filipino physicians, nurses, pharmacists, priests, pastors and medical technicians who left their families and traveled far, far away. Armed only with mercy and compassion, they risked being contaminated with a disease that, back then, was incurable.

They chose to serve in Culion, a secluded island with the largest concentration of lepers in the world. Isolated from the rest of humanity, they did harrowing hospital work in a leprosarium that would become a global laboratory for scientific leprosy research.

Being citizens of a U.S. commonwealth then, they, too, cared for patients from nearby U.S. territories (Guam, Saipan and other islands in the Marianas) as well as took care of American veterans of the Spanish-American war who have contracted the disease.

Culion was made a national dumping ground for lepers. It was so dreaded, it had its own government, police and monetary systems, even a separate cemetery apart from health workers.

On its early years of operation, the leprosarium was a ghastly place no one would like to see. Hundreds of deaths were a daily occurrence. Moving piles of dead bodies to give them decent burials was a daunting task. 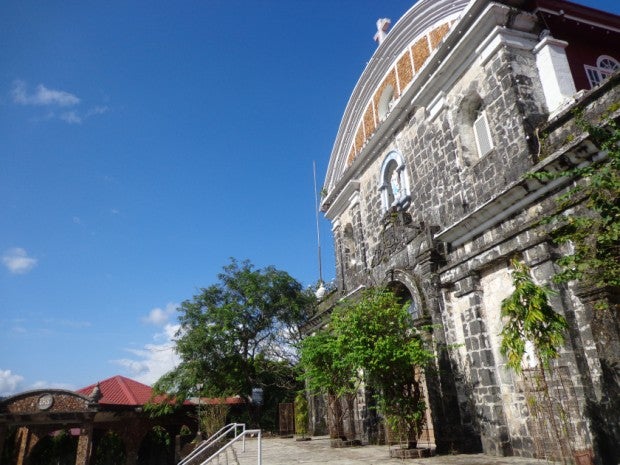 It would be good to ask, where are the descendants of these volunteers now? Did they contract the disease? Did they leave the island and never came back? Did their children continue the legacy of their servanthood? Most importantly, was cure for leprosy ever found?

Culion would always spring back to our consciousness every time the movie “Ben Hur” is reshown on Lenten season. People would remember how Ben Hur’s heart was crushed upon learning that his mother and sister had been thrown into jail by his enemy and contracted leprosy while in prison. To add insult to injury, they were banished to the Valley of Lepers.

What exactly is leprosy? Even its Tagalog name (“Ketong”) is harsh and synonymous to being an outcast. History’s oldest disease is actually a bacterial infection that starts with discoloured patches on the skin.

It may lead to clawed fingers, ultimately amputation. It can damage nerves on the face causing eyelid muscles to numb and result to blindness. Damage on the nose bone can make it to collapse or flatten, a common facial trait in people affected by leprosy.

In the early part of American rule, leprosy was a death knell for people who had acquired it. They had to be forcefully isolated by government sanitary inspectors from the rest of the population and their families would never see them again.

By virtue of the Segregation Program enacted by the Philippine Commission on September 12, 1907, American Victor G. Heiser was given full responsibility to locate, segregate and physically move persons afflicted with the disease to Culion. His marching order: Prevent the spread of the disease by isolation.

Leprosy raged among the poorest of the poor, so dreaded the public would secretly squeal those who might have been infected. It was common knowledge that people would use it against those that they did not like, wrongly accusing them that they’ve acquired the disease in order to be expunged out from the community.

It was also used as a weapon for revenge. Evil politicians used it to falsely report family members of their enemies as having infected. Against their will, they were brutally apprehended, detained and sent to Culion.

Because of the humiliation and stigma attached to being a leper, many resorted to hide and seek tactics to evade pursuing government men.

A young boy wrote this note (now displayed in the hospital museum) after his capture: “I am a leper. I was torn away from the love of my family. I live in Culion, exiled to the island of pain. High mountains entomb me, a vast sea imprisons me. You, who listen, have compassion for a leper. Help him to be healed.”

Ships would arrive at the port of Culion every three months bringing new patients. By 1931, its patient population would explode to 16,138. It reached an all-time high of 31,803 by end of 1980. The health nightmare that would frighteningly become the world’s largest.

The 100-bed Culion leprosarium originally had one physician (Dr. Charles F. de Mey), four French sisters from the Order of Saint Paul Chartres, a Jesuit priest and several other employees.

Soon, scientists from all over the world converged in Culion making it the world’s most organized and equipped leprosaria.

Further research and scientific studies resulted in a major breakthrough. In the 1980s, a multi-drug therapy was developed, signaling the beginning of a new era. Cure for leprosy was found at last.

In 2006, a century later, the World Health organization declared Culion leprosy-free. When that happened, clamor for recognition of Culion as a regular municipality started. On June 22, 1988, Congress passed a law authorizing qualified residents of the colony to vote for officials of the province.

In 1991, a house bill was introduced by the late Speaker Ramon Mitra and Representative David Ponce de Leon to elevate it to a municipality. By virtue of Republic Act 7193 signed by the late President Corazon Aquino the following year, it became a full-pledged town. Hilarion Guia and Emiliano Marasigan were duly elected mayor and vice mayor, respectively.

In 2014, the National Historical Commission of the Philippines (NHCP) unveiled a historical marker renaming the old hospital as Culion Sanitarium and General Hospital. The word “leper” was no longer used.

Inside the compound lies Culion Museum and Archives, a mute testimony to the extraordinary lives of people who battled leprosy in the Philippines.

It houses records, photos and hospital equipment used covering 100 years of its history with a carefully stored and preserved memorabilia.

Among the interesting items on exhibit: A big logbook containing a roster of patients of the old hospital and the currency that was in circulation when it was still known as Culion Leper Colony.

The museum also conveys the love and service of health workers like Dr. H.W. Wade, Dr. Casimiro N. Lara and Dr. Paul A. Evangelista, many of whom preferred to stay on the island until their deaths.

Worth mentioning also is the Culion Foundation Incorporated established by Fr. Javier Olazabal, S.J. and Don Jose M. Soriano in 1976 for continuing to promote self-sufficiency in the island and investing in medical facilities. 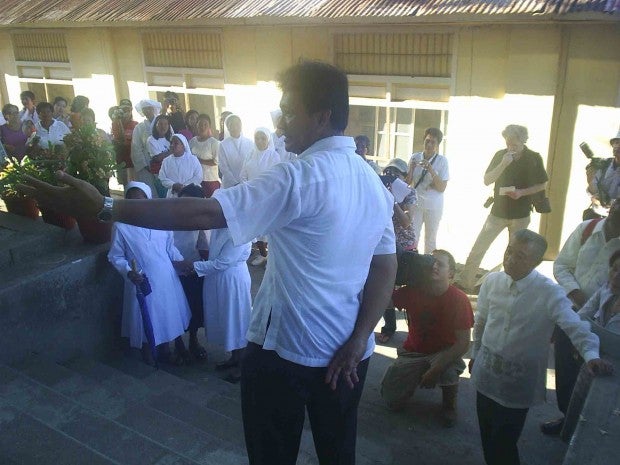 Two direct descendants of people affected by leprosy and helped served in the colony are now considered fathers of the town. Coincidentally, they, too, carry the name of their fathers.

Dr. Arturo Cunanan, Jr. dropped a lucrative career in plastic surgery after earning a medical degree at the University of the Philippines. He came back to the island of his birth so that he can serve his town people.

Cunanan’s grandparents were among the first leprosy patients in Culion. It has been his dream to serve them even when he was a kid. Late last year, he received the prestigious 2015 International Gandhi Award for leprosy for his exemplary service to the hospital.

Emiliano Marasigan, Jr. on the other hand, followed his parents’ footsteps as a public servant. His father was also a ship engineer of a much-utilized passenger vessel “Fortuna” which carried patients and basic commodities to Culion before and after the war.

“God must have made me a servant of His people. My journey in public service began through the life portrayed and lived by my parents. They showed me the true meaning of compassion, honesty, and justice to my fellowmen,” he says.

Born in the town and studied locally till high school, he has been serving the town as a public official for 18 years now, first as vice mayor and now as mayor.

A degree in animal husbandry could have made his dream come true of working somewhere else in the Philippines or abroad but he chose to stay and serve his “kasimanwa” (fellowmen) in Culion.

Marasigan inherited his father’s genuine heart for others which he also passed on to his children, whom he said have never caused him problems.

His wife Edith passed away a couple of years ago due to a lingering illness. As a single parent and devoted public servant, he focused on caring for his children and as father of the town. 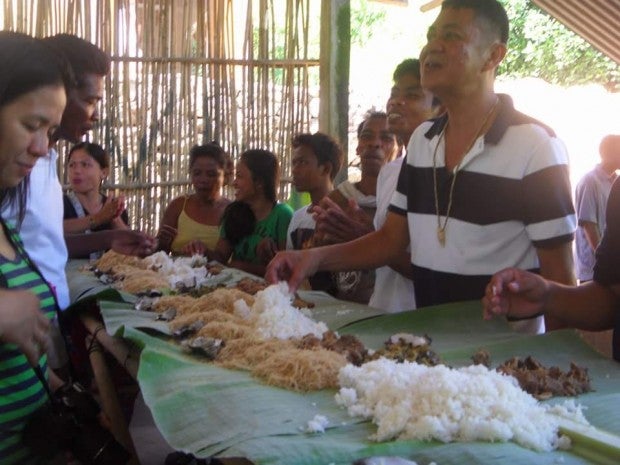 “I call it an irony of fate and God’s masterplan. I know Culion would soar higher from where it is now. I know in my heart that the chain of bondage from the stigma would be freed. Leprosy is now part of history. I pray that all our efforts, service and love for Culion would be enjoyed by the future generation,” he says.

Many other direct descendants of patients and those who served in Culion during its darkest hours remained in the island. Some who fled unexpectedly returned when their families disowned them. Culion embraced them back to begin life anew.

Hidden from the rest of the world for almost a century, Culion’s beaches are just as spectacular and largely undiscovered like those of neighboring Coron. The town is peaceful, the jails are empty, and the serenity it gives the mind, priceless.

How to Get to Culion: From Manila, the easiest way to reach Culion is via Busuanga. Cebu Pacific Air, Zest Air, and PAL Express fly to this destination. From Busuanga Airport, take a shuttle to Coron town. From there, take a passenger boat. Only one boat plies the Coron-Culion route a day, scheduled at 1:30pm. Trip back is scheduled at 7:00am the next day. Travel time: about 90 minutes. 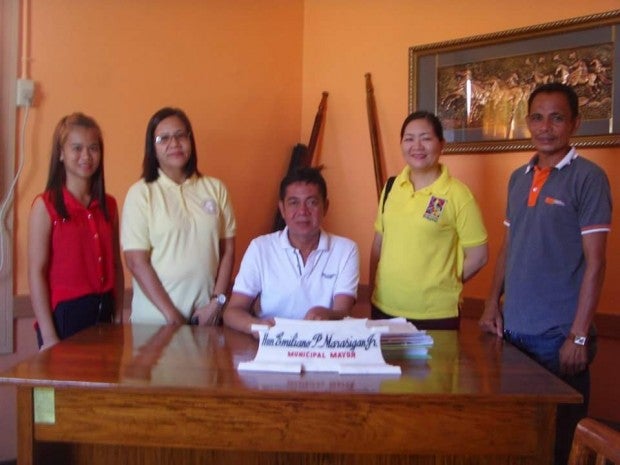