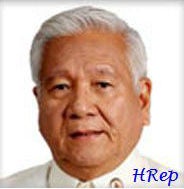 An advocacy group will file corruption charges before the Office of the Ombudsman against Philippine Charity Sweepstakes Office (PCSO) Chairman Ayong Maliksi for reportedly hiring ghost consultants and giving unwarranted favor to his driver under the agency’s financial assistance program to patients, a report from Radyo Inquirer said on Sunday.

Jennifer Casto, president of the Filipino Alliance for Transparency and Empowerment (Fate), said early Sunday in a radio interview they will file the case in order to stop Maliksi’s alleged reckless use of government funds and clear favoritism.

“We are pursuing this to hold Maliksi accountable for his actions. President Benigno Aquino has been touting his ‘Matuwid na Daan’ policy and clearly, Maliksi is not following this,” she said.

Fate accused Maliksi of reappointing about 30 ghost consultants under the office of Maliksi despite his earlier pronouncement that PCSO had no more funds, the report said.

These include 13 confidential agents and 10 consultants were rehired who are expected to get salaries until March this year.

Fate said these consultants do not report to the PCSO office regularly and are perennial absentees. Maliksi, Fate said, even reports to the office only once or twice a week and receives his full salary as PCSO chairman.

Castro said the salaries of these ghost consultants could have been used to benefit more poor patients who are in dire need of financial assistance from the PCSO.

The group also scored Maliksi for giving preferential treatment to his driver who got a total of P2.1 million in PCSO fund for his confinement at the Philippine Heart Center (PHC) last year.

It said that it was Maliksi who pushed for the release of P2.151 million to cover the hospital bill of his driver, Celestino Aman.

Based on documents gathered by Fate, PCSO paid the amount to cover Aman’s room and board, professional fees and medicines and laboratory at PHC.

“Maliksi denounced the VIP treatment of PCSO patients but what he did was the same thing. He favored his driver,” Fate said.

In a letter dated Dec. 9, 2015, Maliksi asked PHC Executive Director Manuel Chua Chiaco Jr. to use PDAF allocation in the said amount for Aman’s bill. Advincula signed the letter to “conforme” and agree to Maliksi’s request.

“I understand that of the amount allocated, there remained a balance amounting to Seven Hundred Thousand Pesos (Php700,000.00) which I turned over for the use of the incumbent representative of the Third District, the Honorable Alex L. Advincula,” Maliksi’s letter to PHC read.

He added, “To assist the family in paying said hospital bills and with the consent and approval of Representative Advincula, may I respectfully request that the said remaining amount of my unspent allocation be used to pay for the remaining hospital bills of Mr. Celestino Aman.”