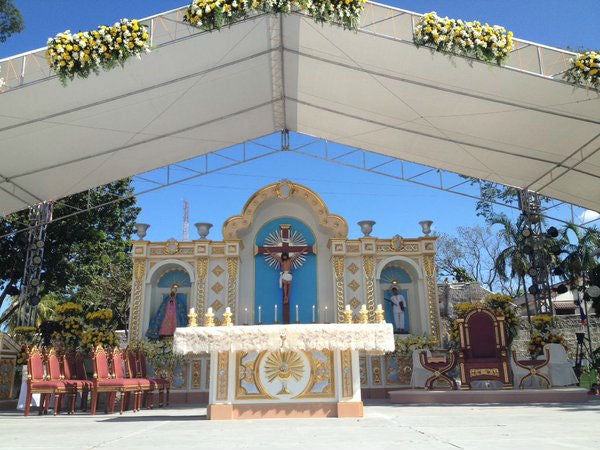 The Plaza Independencia in Cebu where a High Mass will be held to kick off the IEC 2016. NESTOR CORRALES/INQUIRER.net

CEBU CITY — Seventy nine years after the Philippines first hosted the International Eucharistic Congress (IEC) in Manila, the 2016 IEC kicked off here with thousands of Catholic devotees worldwide in attendance.

The IEC opened with a High Mass at the Plaza Independencia at 4 pm. The mass was celebrated by the legate from Pope Francis himself, His Eminence Charles Maung Cardinal Bo.

The eight-day religious congress is expected to draw 12, 000 participants from 55 countries across the globe.

The Philippines first hosted the IEC in Manila in 1937, the first time it was held in Asia.

Dubbed as “Olympics of the Soul,” this year’s theme is “Christ In You, Our Hope of Glory.”

The Archdiocese of Cebu has said that although Pope Francis could not attend the historic congress, the Pontiff would address the IEC in a video message during the closing ceremonies on January 31.

Meanwhile, police have been deployed at the Plaza Independencia to secure the thousands of devotees.