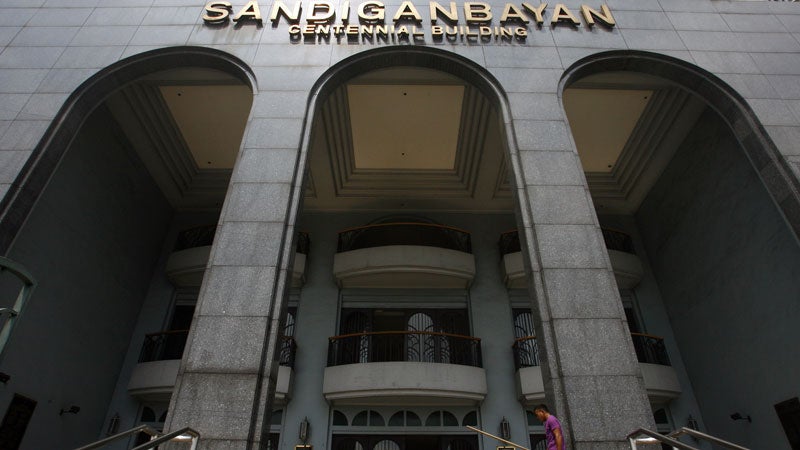 The Sandiganbayan threw out the graft charges against former Bohol governor and now Rep. Rene Relampagos and the province’s incumbent governor Edgardo Chatto, who were belatedly charged for the undervalued privatization of the provincial capitol’s water and electricity system in 2000.

Chatto was Relampagos’ vice governor at the time of the alleged offense. Chatto and Relampagos are Liberal Party allies in the said province.

In a resolution by the anti-graft court First Division, the court noted the Ombudsman’s inordinate delay in filing the case before the Sandiganbayan.

In dismissing the case, the court lifted the hold departure order against the accused and released the bail bond they paid for provisional liberty from the graft charges.

In its decision, the court cited a Supreme Court decision that an accused has a right to a speedy trial. Furthermore, a violation of this constitutional right warrants a dismissal of the case.

The court sided with Relampagos and Chatto in granting their motion for dismissal of the case due to violation of their right to a speedy disposition of the case.

The court said the Ombudsman took 15 years to file the case since a complaint was lodged before it.

While the complaint was filed before the Ombudsman in Oct. 2000, it was initially dismissed in July 2008 upon the recommendation of the graft investigating officers.

However, the Ombudsman prosecution revived the case in Aug. 2013, which was approved by Ombudsman Conchita Carpio-Morales in Aug. 2014 and duly filed before the Sandiganbayan in Oct. 2015.

“The criminal complaint was filed on Oct. 15, 2000 and terminated only on Oct. 23, 2015 with the filing of the Information before the Court, which means it took the Office of the Ombudsman 15 long years to conclude the preliminary investigation,” the court said.

The court said it does not see any reasonable event for the Ombudsman’s delay in the investigation.

The complaint was recommended for dismissal as early as March 2001, however, it was only in July 2008 when then Acting Ombudsman Orlando Casimiro approved the dismissal.

Instead of explaining the delay, the Ombudsman prosecution only harped on the idea that the Feb. 2001 resolution dismissing the case has not attained finality in 2008 because Casimiro only signed a photocopy of the resolution despite not being authorized to do so.

“Be that as it may, this does not negate the fact that the Office of the Ombudsman committed capricious and vexatious delay,” the court said.

The court also granted the motions to dismiss the case of Relampagos’ co-accused Dennis Villareal, president of the Salcon Power and Water consortiums which bagged the deal for the privatization of the capitol’s electricity and water utility systems and Sanggunian Panlalawigan members Isabelito Tongco, Concepcion Lim, Tomas Abapo Jr. and Felix Uy.

According to the graft sheet, Relampagos, Chatto, and Villareal violated Section 3 (g) of the Anti-Graft and Corrupt Practices Act when they conspired with one another in privatizing the water and electricity systems to Salcon although the price was undervalued.

Relampagos entered into a joint venture with Villareal to transfer the assets and franchise of the provincial electricity system to the power consortium for P75 million and of the water system to the water consortium for P80 million, for a combined amount of P150 million, although the combined value of the two utilities in terms of assets and franchise is P782 million.

The prosecutors said Relampagos and Chatto entered into an agreement which was grossly disadvantageous to government.

They stand accused of violating Section 3(g) of the anti-graft law, which considers as a corrupt practice entering into any contract or transaction manifestly and grossly disadvantageous to the government, whether or not the public officer stand to profit from the transaction. RAM