Cops tied to INC under fire 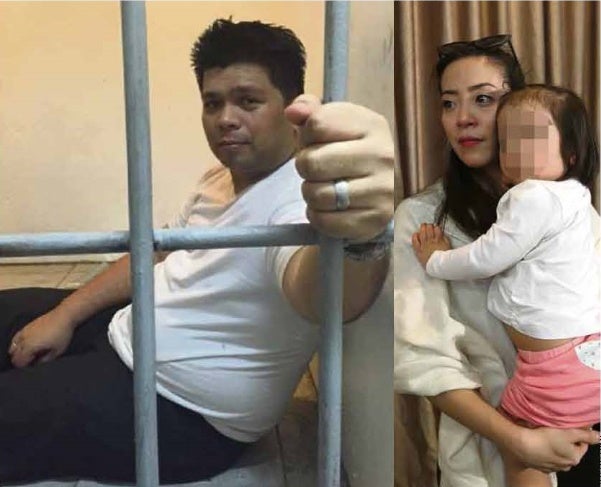 From using excessive force to being in plainclothes, police officers who arrested expelled Iglesia Ni Cristo (INC) worker Lowell Menorca II in Manila have a lot of explaining to do.

Such was the take of former Justice Secretary Leila de Lima, as she called on the Philippine National Police to investigate the manner by which its agents took custody of Menorca while on his way to testify against INC leaders at the Court of Appeals on Wednesday morning.

“It was really highly irregular and most probably illegal, too,” De Lima, also a former Commission on Human Rights chair, told the Inquirer when reached by phone for comment on Menorca’s arrest.

“If the basis is the video taken by Menorca’s party, which shows Menorca being dragged by a man in civilian clothes and slippers who was claiming to be a police officer, then that arrest is highly irregular,” she said, referring to the video of the arrest taken by Menorca’s wife, Jinky Otsuka.

Asked about De Lima’s statement, INC spokesperson Edwil Zabala said: “As far as we know, the PNP already started its inquiry into this and since it is their process being called into question, then they should be asked for their reaction.”

De Lima noted that policemen enforcing an arrest warrant “are required to be in uniform, unless there are exceptional circumstances that justify operations in plainclothes.”

She also cited the force used to get hold of Menorca, who was being arrested for a nonviolent crime.

“This was an arrest for libel. It was not as if Menorca was wanted for a heinous crime, like illegal detention or kidnapping. It was plain hooliganism on the streets,” said De Lima, a Liberal Party senatorial candidate in May’s general elections.

She issued the statement despite having previously courted the ire of the politically influential INC in August last year after her office undertook investigation of criminal charges that  expelled minister Isaias Samson Jr. had filed against church leaders for his and his family’s alleged detention a month earlier.

Both Samson and Menorca are accusing church leaders of harassing and detaining them and their families on suspicion that they were behind damaging online posts against the church, including articles on alleging corruption in INC.

INC has repeatedly denied such allegations.

“If indeed that was a policeman implementing the arrest, the PNP should investigate who was behind this man and his companions, and why they were implementing a warrant of arrest with so much force and in civilian clothes, when Menorca is merely charged with the nonviolent crime of libel,” De Lima said.

Menorca was on his way to the Court of Appeals to attend a hearing on the lifetime protection request he filed against INC when Pandacan policemen, under Supt. Edilberto Leonardo, arrested him. Leonardo is an INC member.

The sect, through spokesperson Zabala, denied involvement in Menorca’s arrest.

Menorca earlier accused the church of ordering his abduction in Sorsogon province in July last year. He, his wife and 2-year-old daughter Yurie Keiko were then allegedly detained for three months at the INC Central Office in Diliman, Quezon City.

They were rescued on Oct. 23, just as the Supreme Court ordered INC leaders to produce them in court for proceedings on their plea for amparo (protection).  The high court remanded the case to the Court of Appeals for hearings.

At a press conference in San Juan City Thursday, Otsuka accused police of human rights violations, describing their actions when they arrested her husband on Wednesday an “overkill.”

“The case that was filed against my husband was libel, but the way they arrested him was like he was a hardened criminal. It was a clear violation of our rights and overkill,” Otsuka said.

Otsuka, who was with her husband when he was grabbed by plainclothes policemen to implement a warrant of arrest issued by a court in Lanao del Norte province, said two men on bicycles tried to help them during the scuffle, but others merely looked on.

“I have not thanked the two men who tried to intervene and who also told the policemen to let go of my husband because we had to leave for the Court of Appeals,” Otsuka said.

At the Ermita police station in Manila, Menorca is “expecting more” arrest warrants to come his way after another set of policemen Thursday served on him a second warrant issued by a different court in Mindanao for libel.

“I’m expecting more,” Menorca said while being booked for the second time at the police station where he has been detained since Wednesday morning.

Menorca was completing the documents needed to post the P10,000 bail, when the second warrant was served on him by officers of the Criminal Investigation and Detection Group from PNP headquarters in Camp Crame at 10:45 a.m.

Judge Wenida Papandayan of Branch 10 of the Regional Trial Court in Marawi City was the judge who signed the second warrant.

In the first warrant, also for libel, the signatory was Judge Alberto Quinto of Branch 21 of the Regional Trial Court in Kapatagan, Lanao del Norte.

Papandayan got Menorca’s name correct, while Quinto did not as the warrant he issued was for a Menorca III.

Provincial chapters of SCAN (Society of Communicators and Networks) International filed libel suits against Menorca in various courts after he called the group a private army or death squad of INC, according to Eagle News Service.

SCAN International is composed of INC members who help in medical missions and rescue operations during natural calamities.

Menorca said INC would not stop “until they have placed me where they want to place me.”

In a resolution on Thursday, the  city prosecutor ordered further investigation of the cases filed by the Manila Police District against Menorca and Felixberto Eslava for resisting arrest, direct assault and obstruction of justice.

Inquest Division chief Jovencio Senados, who signed the resolution, said he disagreed with the recommendation of inquest officer Cecilia Parallag to file the charges against Menorca and Eslava.

Senados described the incident between Menorca’s camp and the police officers, who arrested the former INC member on libel charges, as “widely publicized” and that Menorca’s resistance was understandable because the officers were not in uniform.

The officers were identified as Arnel Santos, Dennis Ramos and  Samson Sison.

Aided by Eslava, Menorca resisted arrest. The commotion led to a car chase and standoff at  Roxas Boulevard and Quirino Avenue until Menorca finally surrendered to the police.

At the press conference, Otsuka said she was faced with a dilemma—whether or not to seek help to ensure the safety of her husband and her young daughter.

“We do not know where we could turn to because the police who were supposed to help us were also our tormentors,” Otsuka said.

She said she had not seen her husband since Wednesday. Menorca was still detained at Station 5 of the Manila Police District.

“The harassment continues because until now, we have not been allowed to post bail due to lack of requirements, such as a residence certificate,” she said.

She said she was aware that they were up against powerful people, but would  continue the fight because “we are telling the truth and truth is on our side.”  With a report from Erika Sauler