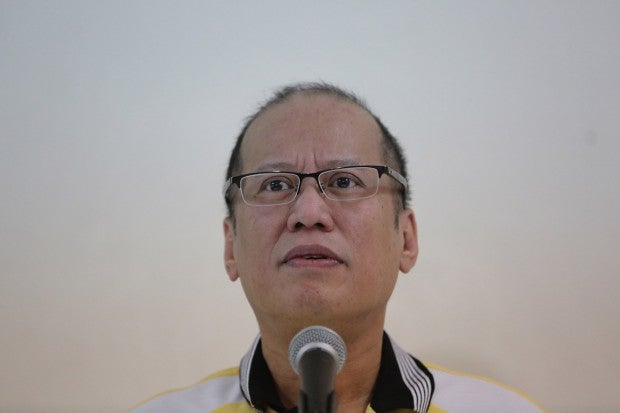 President Aquino has revealed what is No. 1 on his to-do list when he returns to private life after his term ends in June.

Traveling around the country, “to catch up and experience on a more personal level what millions have already realized—that it’s more fun in the Philippines,” is what Mr. Aquino aims to be doing.

Speaking before the Association of Southeast Asian Nations (Asean) Tourism Forum at the Philippine International Convention Center in Pasay City on Wednesday, Mr. Aquino said “162 days from now, I will step down as President and, once again, I will be free to be a tourist.”

“This means that when I visit our country’s famous beaches, I will be able to stay more than an hour and actually get to walk on the sand of these beaches, as opposed to delivering a speech a few hundred feet away from shore.”

“It also means that if I do get the chance to travel to any of the countries in Asean, I will be able to spend more time walking the streets and imbibing all of the cultural activities at leisure, as opposed to the very hectic and strict schedules I have had as President.”

Mr. Aquino confided that he had “seen quite a lot of sites and tried to imbibe as much as the two minutes that they allowed me to do so.”

“Of course, I had to travel 14 hours to view the two-minute scene, but that’s OK. You will understand why traveling around the Philippines is No. 1 on my list of priorities when I return to private life,” he said.

He touted Filipino fiestas and festivals, which he described as “some of the loudest and liveliest you’ll ever attend.”

“Our beaches have been hailed as some of the best and, of course, Filipino warmth and hospitality are second to none, and there are numbers to affirm this.”

Last year, he noted, “5.36 million international tourists visited the Philippines and engaged in a wide variety of activities—

from shopping in world-class malls to climbing mountains and swimming with whale sharks.”

“Naturally, we are happy to see that more and more people are appreciating the country we love,” he said.

But “it is not only a matter of pride for us. The growth of the tourism industry is a phenomenon that is much closer to the needs of our people.”

“Simply put, tourism puts food on the table of our countrymen. It is generally held that every foreign tourist that sets foot on Philippine soil spends more than $1,000 during his stay. His arrival, likewise, redounds to the creation of one job.

“Imagine the sheer number of Filipinos who continue to benefit from the tourism sector—from restaurant owners to handicraft vendors and local tour operators, not to mention the multiplier effect on families who are able to put aside some money for the future or small businesses,” he said.

Success story of the country

This, he stressed, is the “success story the Philippines together with so many others has written in the past five and a half years, one borne of our desire to uplift the lives of our countrymen.”

“It is also the story very close to the ones within our own borders. Some of our brother nations like Malaysia, Thailand, Indonesia and Vietnam continue to lead the pack when it comes to attracting tourists and with good reason.”

But he emphasized that “the rest, the Philippines included, are catching up.”