Winter returns to Pyongyang with more bite than last year 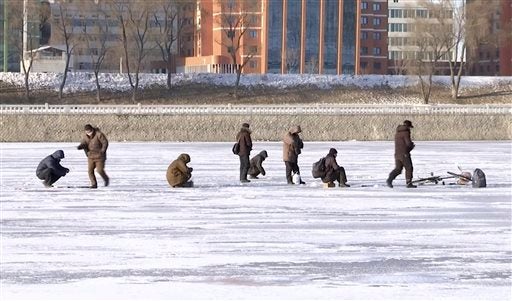 PYONGYANG, North Korea — A cold snap in the North Korean capital has residents ice fishing on the Taedong River.

The whole country was colder than minus 10 C (14 F) on Tuesday, and the North’s official weather forecaster predicted that Pyongyang would sink to minus 16 C (3 F) on Wednesday.

January is usually the country’s coldest month, and Ri Yong Nam of the State Hydro-Meteorological Agency says this year is about 5 degrees C (9 degrees F) colder than last year.

Ri says the cold snap is expected to worsen through the weekend before warmer weather returns next week. TVJ