Clinton gets endorsement from largest US gay organization 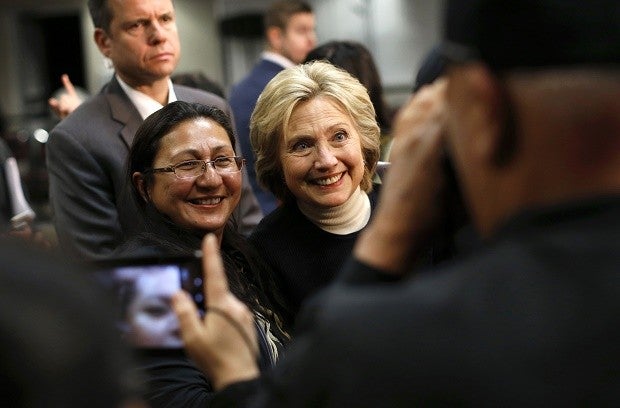 But the campaign of her main rival, Bernie Sanders, disputed the group’s decision, pointing to the senator’s record on gay rights.

The Human Rights Campaign announced its endorsement for the Democratic front-runner, which she is expected to accept at an event in Iowa next Sunday ahead of the state’s leadoff Feb. 1 caucus, the start of a process to choose its delegates for the presidential nominating convention.

The organization’s board of directors, comprised of 32 community leaders nationwide, voted to endorse Clinton, the group said in a statement outlining plans to mobilize its 1.5 million members on her behalf and get them to vote.

“Too many LGBT Americans still face discrimination — in employment, in housing, in education, in health care — because of who they are or who they love,” Clinton said in a statement Tuesday. “The stakes in this election couldn’t be higher.”

Clinton’s views on gay marriage have evolved over time. She opposed gay marriage as first lady, New York senator and as a 2008 presidential candidate but backed it in 2013 after leaving the State Department. She has maintained strong political ties to members of the gay community, who point to her record on gay rights as secretary of state.

Sanders spokesman Michael Briggs said the Human Rights Campaign endorsement had to have been “based on something other than the facts and the record. No candidate for president has ever had a better record on gay rights than Bernie.” He noted Sanders had voted against the so-called Defense of Marriage Act, which was signed into law by President Bill Clinton in 1996 and supported by Hillary Clinton at the time.

Following the Supreme Court’s ruling last year legalizing same-sex marriage nationwide, many in the LGBT community have feared the decision could be reversed if a conservative president is elected.