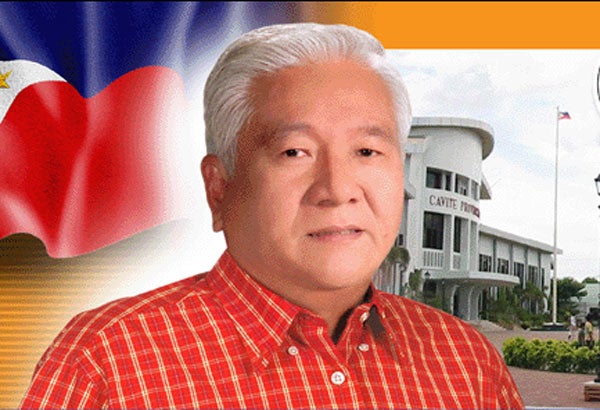 Philippine Charity Sweepstakes Office Chairman Ayong Maliksi’s driver got P2 million in medical assistance from the agency, contradicting his earlier statement denouncing the alleged VIP treatment of some patients and clients of PCSO.

The Filipino Alliance for Transparency and Empowerment said based on their research, it was Maliksi who personally “pushed” for the speedy release of benefits for his driver, Celestino Ama.

Aman received P2 million in PCSO benefits when he was hospitalized at the Philippine Heart Center, just 10 months after Maliksi was appointed as PCSO chairman by President Benigno Aquino III.

“The Heart Center should shed light on this. Maliksi himself should do the explaining,” Fate president Jennifer Castro said.

A doctor at the Heart Center who asked not to be identified said: “Yes, he was confined here. We were informed that he was the driver of the PCSO chairman.”

Last November, Maliksi made a fuss by saying that rich and unqualified patients got more benefits than others from the PCSO.

But according to the PCSO regulations, any Filipino patient can get medical assistance from the PCSO but the socio-economic status evaluation determines how much assistance will be granted to each individual.

The only exceptions are maternity cases unless there are complications in labor and delivery; individuals undergoing treatment for substance abuse; and requests for reimbursement of payments.

The PCSO also denied Maliksi’s accusation that those who have connections receive more help from the agency, saying that the assistance is always based on socio-economic evaluation of each patient using a classification system to determine the maximum allowable amount that can be granted, which covers a certain percentage of the net bill.

“The net bill is derived by deducting the professional fees, room and board charges, Senior Citizen, Person With Disability (PWD) and other applicable discounts, Philhealth and other HMO payments and actual payments made from the total hospital bills,” according to the PCSO Charity Sector department.

It also denied that guarantee letters for certain patients were released on the same day as the request was received but said patients who are for imminent discharge from the hospital are given priority and that if the grant is P100,000 and below, it is possible that the papers will be processed and the guarantee letters will be released on the same day.

The PCSO Charity Sector also refuted Maliksi’s allegation that patients who got at least P100,000 in assistance were confined at “expensive” hospitals while patients confined in public hospitals represented only a fraction of that amount.

It explained that the hospital is selected by the patient or his relatives based on their preferences and not the PCSO.

The agency, it said, has assisted a considerable number of patients from government hospitals such as the National Kidney and Transplant Institute and East Avenue Medical Center.

“The PCSO has no control over which hospitals patients receive treatment from,” it said.