No choice but to tear down old PNB building, says Erap | Inquirer News

No choice but to tear down old PNB building, says Erap 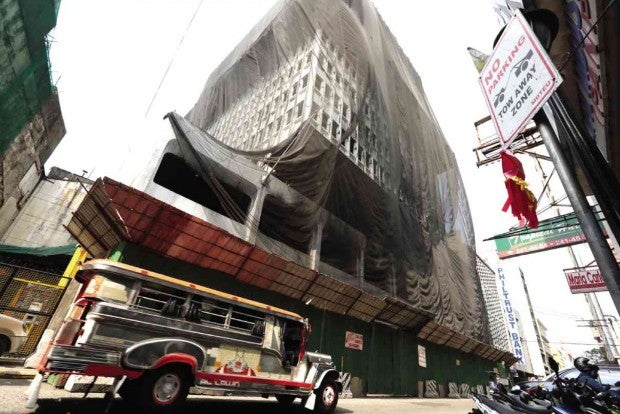 According to Estrada, the decision to tear down the building designed by renowned architect Carlos Arguelles in the 1960s was made after it was struck by a fire in January 2015.

“It was burned so how can it be restored? It’s a building endangering the lives of the people passing by the area,” Estrada told reporters.

He said that the idea of tearing down the building first came up in 2010 during the time of then Mayor Alfredo Lim. A developer, Romy Lorenzo of Geltd Developers and Managers Group Inc., claimed that the 12-story structure was in danger of collapsing should an earthquake hit the city.

Robert Bernardo, chief of the city’s engineering office, said that demolishing the building never crossed the minds of Manila officials until last year’s fire. The blaze, however, has weakened its foundation, leaving them no choice but to tear it down, he added.