Group to R2: The courts have spoken 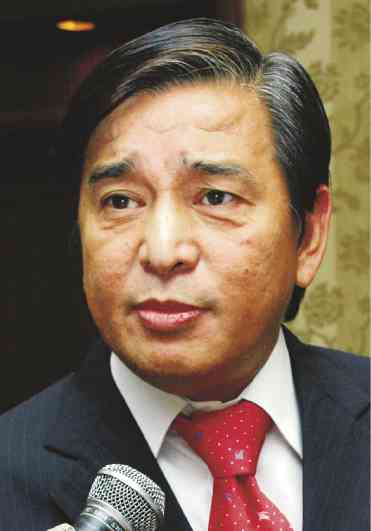 In a statement sent to media on Sunday, the Filipino Alliance for Transparency and Empowerment (Fate) welcomed the ruling of the Quezon City Prosecutor’s Office and a Manila regional trial court granting ownership of the HCPTI in Tondo,Manila to the younger Romero.

In addition, the prosecutor’s office has recommended the filing of five counts of falsification of public documents and against Jerome Canlas, who submitted papers where he claimed that he was the corporate secretary of HCPTI.

Fate president, Jennifer Castro said the ruling of the prosecutor’s office and the Manila Regional Trial Court Branch 26 is both “legitimate and legal.”
The younger Romero bought the port terminal shares from his father in 2011 when the elder Romero was having financial difficulties because of his faltering R-II Builders business.

The elder Romero sold his remaining shares in the port terminal to Michael in 2011 and signed two Deeds of Assignment, which were reflected and recorded in the financial statements and books of the elder Romero’s companies, R-II Builders and R-II Holdings.

Last December, the Quezon City Prosecutor’s Office declared that “and since Harbour Holdings has not transferred its shares in HCPTI over to R-II Builders Inc. and R-II Holdings Inc., Harbour Holdings remains as a stockholder of HCPTI.”

The decision was based on the contradictory documents submitted by Canlas, who claimed he was the HCPTI corporate secretary.

Canlas was charged with falsification of public documents in a complaint filed by Edwin Jeremillo and Edwin Joseph Galvez, corporate officers of HCPTI.

The prosecutor’s resolution noted that Canlas made false “statements in the narration of facts statements in the Complaints-Affidavits, Secretary’s Certificate, and General Information Sheet of HCPTI, subject of the consolidated complaints.”

He listed R-II Builders Inc. and R-II Holdings Inc. instead.

“Now, were respondent Canlas’ statements as to the list of stockholders of HCPTI in the General Information Sheet untrue? Indeed, they were,” the resolution read.

The prosecutor said the resolution is consistent with the order issued in May 6, 2015 by the Manila RTC where it recognized HCPHI’s ownership of 68.11 percent shareholdings in HCPTI.

Judge Silvino Pampilo Jr. presiding judge of Manila RTC Branch 26, ruled on May 6, 2015 that the younger Romero’s HCPHI remains as the majority stockholder of HCPTI and its board of directors including Romero may still exercise authority of the port terminal.

Read Next
Indonesia quake injures eight, damages houses—gov’t
EDITORS' PICK
UK’s Boris Johnson will resign, BBC reports
Unemployment rate up to 6% in May
Geek out at TOYCON 2022 powered by Smart Signature
High inflation: Your P1 is now worth only 87 centavos
High-risk pregnancy: Reducing your risk is in your hands
House energy committee chair Arroyo bats for cheap electricity
MOST READ
Suspect in grisly killing of missing woman in Bulacan arrested
Kim Atienza’s daughter flaunts bikini body in response to critics of her ‘revealing photos’
Japanese artist who created ‘Yu-Gi-Oh!’ found dead in the sea
UK PM quits as Conservative leader
Don't miss out on the latest news and information.