UP Diliman freshman student is missing 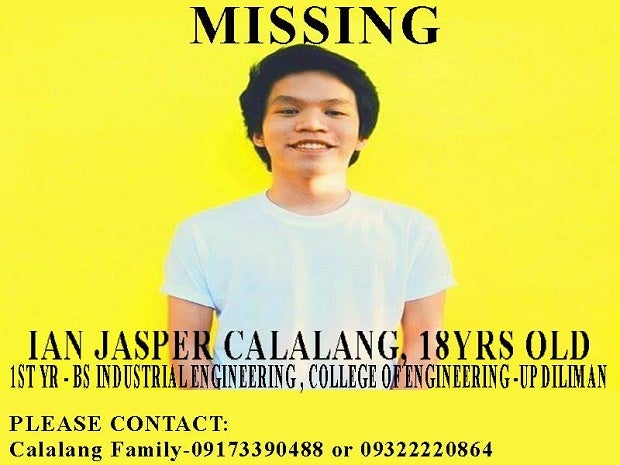 A freshman student at University of the Philipines (UP) Diliman in Quezon City was missing since Tuesday, a radio report said.

According to a report from Radyo Inquirer, Marissa Patawaran, aunt of 18-year-old Ian Jasper Calalang, said the student texted his parents Tuesday morning saying he has arrived at the UP campus. It was the family’s last communication with Calalang.

Calalang was carrying money supposedly for his enrollment. Since Tuesday morning, the student’s family was not able to contact Calalang.

According to Patawaran, Calalang’s parents went to UP to communicate on their missing son and later learned that the student was not able to enroll.

Patawaran said Calalang is a good son and he does not fail to text or call his parents on his whereabouts.