Iran takes 10 US sailors into custody in Persian Gulf 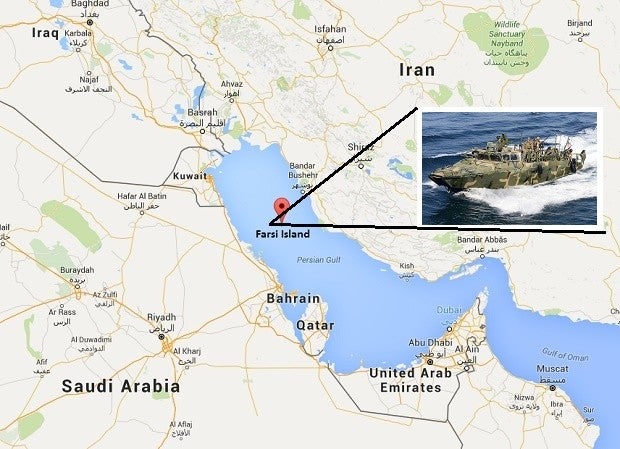 Ten US sailors earlier reported missing in the the Persian Gulf have reportedly been taken into custody by Iranian Revolutionary Guards and are believed being held in a military base on Farsi Island. GOOGLE MAP

WASHINGTON, United States — US officials said they were working to recover 10 US Navy personnel who lost radio contact and were apprehended Tuesday after straying into Iranian territorial waters.

“We subsequently have been in communication with Iranian authorities, who have informed us of the safety and well-being of our personnel,” the official said.

BACKSTORY: 10 sailors aboard US Navy boats missing in Gulf—US official

The two patrol vessels were traveling near an Iranian Revolutionary Guard Navy base on Farsi Island when they were approached, officials said.

US Secretary of State John Kerry made contact with his Iranian counterpart Foreign Minister Mohammad Javad Zarif and “received assurances the sailors will promptly be allowed to continue their journey.”

American officials admitted that the vessels appeared to have been in Iranian territorial waters.

A mechanical or navigational failure has not been ruled out.

“At this early stage,” a senior administration official said, “there is ‘nothing to indicate that’ Iran had committed a hostile act.

Ben Rhodes, a top national security aide for President Barack Obama, said the administration was “hopeful we will be able to resolve the issue.”

The incident is a major embarrassment for Obama’s administration, just hours before his final State of the Union address.

Obama is expected to use the grandstand Washington event to burnish his legacy, hailing, among other things, a nuclear deal with Iran.

Iran’s hardline Revolutionary Guard, which controls a navy separate to the country’s national navy, has often taken a tough approach to perceived and real territorial violations near the strategically vital Strait of Hormuz.

Iranian patrol boats last year seized the Maersk Tigris, a cargo ship that was flagged from the Marshall Islands, which meant it was under US protection.