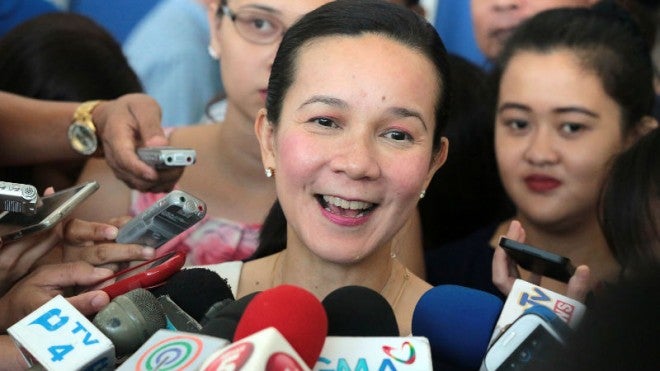 Senator Grace Poe said she was overwhelmed by the Supreme Court’s decision, upholding the temporary restraining order it issued against the cancellation of her certificate of candidacy (CoC) for President in May 2016 by the Commission on Elections (Comelec).

(I am very much elated in the Supreme Court’s decision upholding the TRO, which it earlier released against the Comelec’s decision to cancel my certificate of candidacy.)

(This strengthens my qualification to run for President in the May elections.)

Poe said the Supreme Court’s decision was not only good for her case, but for democracy in general.

Poe’s running mate, Senator Francis Escudero, echoed her statement, saying the court’s decision confirmed that she is still a candidate for President.

“I thank the Supreme Court magistrates for affirming the TRO. This confirms that Sen. Grace Poe remains a candidate for President and whose name stays on the official ballot, notwithstanding the orchestrated efforts to disqualify her,” Escudero said in another statement.

“We hope that the high court will also uphold the laws and long established jurisprudence when it decides on the other petitions in connection with the candidacy of Sen. Grace,” he said.

The Comelec en banc earlier decided to cancel Poe’s CoC because of her citizenship and residency but the SC immediately granted a TRO sought by her camp. TVJ