Body found in landing gear of plane at Paris airport 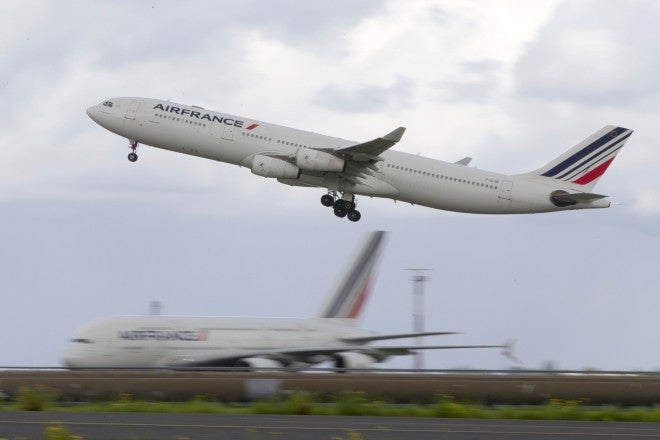 This file picture dated on August 18, 2014 shows an Air France Airbus 340 aircraft taking off at the Roissy-Charles-de-Gaulle airport, in Roissy-en-France. On Monday, Jan. 11, 2016, maintenance crews found a dead stowaway in the landing gear of an Air France Boeing 777 that landed in Paris’ Orly airport  two days earlier. AFP FILE

BOBIGNY, France — The body of a man was found at Paris’ Orly airport Monday in the landing gear of an Air France plane that had flown in from Brazil, police and airport sources said.

The corpse was discovered during maintenance operations on the Boeing 777 at Orly after flying in to Paris’ main international Charles de Gaulle airport from Sao Paulo two days earlier, a police source said.

The body is undergoing examination at Paris’ forensic institute so it can be identified, an airport source said.

In a similar case in 2013, a dead stowaway was found in the landing gear of a plane that had landed at Charles de Gaulle from Cameroon.

Teen OK after riding in wheel well of Hawaii jet

Body of young stowaway found in US military plane