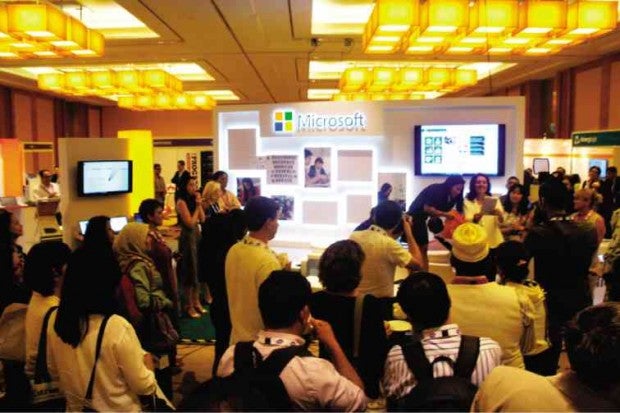 Two Philippine schools are now among the Microsoft showcase schools.

Asia Pacific College (APC) in Makati City and La Salle Green Hills (LSGH) in Mandaluyong City made it to the roster of elite institutions worldwide for the first time in 2015-16.

The 400 educational institutions benefit from interventions by the computer giant. Other Southeast Asian country beneficiaries are Brunei, Indonesia, Vietnam, Thailand, Singapore and Malaysia.

“We are a Microsoft showcase school, imagine that,” said APC managing director Maria Teresita Medado. “It’s amazing what they do for us to support our curriculum.”

Medado attended the recent Bett Asia, a yearend gathering of agenda setters in the education sector across Asia-Pacific. Microsoft is one of Bett’s global partners. 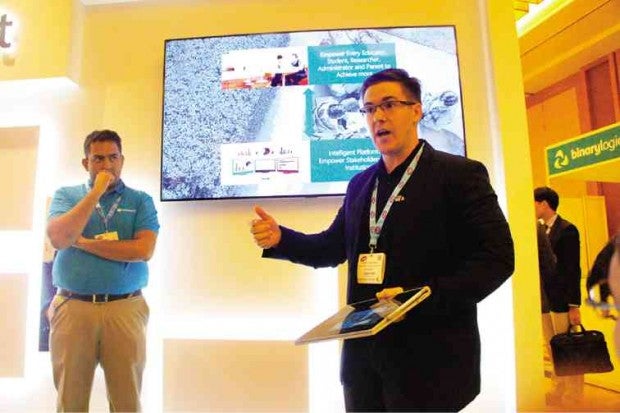 BETT Asia showcased technologies that can be integrated into classroom learning. Microsoft has products for both teaching and school management. 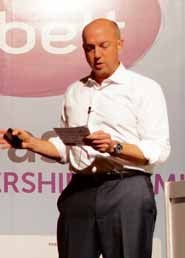 APC, with some 3,000 students, was the only school created by industry in the Philippines, she said. It was founded in 1991 by IBM Philippines and SM Foundation.

For APC, she said, technology was used in classrooms as methodology, content and platform to manage classes.

LSGH, through Personal Learning Devise, uses gadgets to improve instruction from Grades 3 to 10.

As showcase schools, APC and LSGH enjoy several privileges during 2015-16.

“If you are a showcase school, you get first-hand training on new technologies; you have access to them,” Microsoft Philippines education program lead Clarissa Segismundo said.

Students and teachers can take crash courses on maximizing Microsoft Office programs which, aside from PowerPoint, Excel and Word, now include Outlook and OneNote, OneDrive, Lync, Access, Sharepoint, Yammer, Delve and Visio.

Teachers may access features—many for free—to make their work easier and their lessons more interesting. These include templates for brochures, certificates, letters and memoranda, as well as diagrams and maps. There are webcasts and guides on, for example, training students for critical thinking.

There are applications or apps that transform lessons into games like the hit Minecraft for coding, English with Leo. Bud-e focuses on English literacy for boys aged 4-7 through compelling characters on a journey. 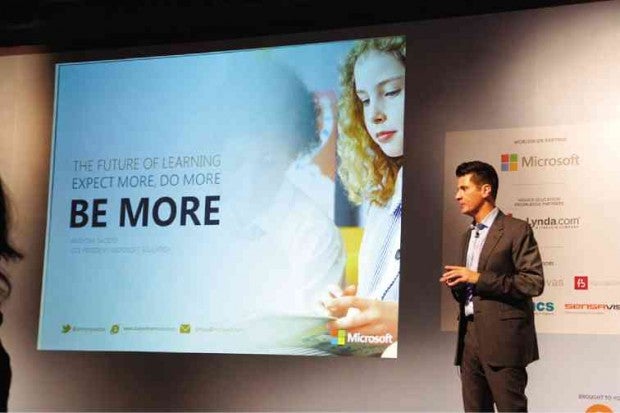 MICROSOFT’S Anthony Salcito said: “It’s about how to use technology in the world to create a new connection beyond the classroom for learners.”

Another app, Moodle, helps students make class portfolios online from their works on Word, Excel and PowerPoint. Livetiles is an Office 365-based portfolio-maker whose product would look like a blog, but the students would not need to type codes. Users just need to place content like tiles. Sensavis made 3D models for difficult Science topics like cells and the circulatory system.

Showcase schools are promoted through Microsoft channels, especially on social media. They get passes for exclusive special events and may host tours for local and international visitors.

LSGH will explore more creative ways to use technology in classrooms. APC aims to improve the employability of its students and integrate technology into senior high school, which started three years ago in keeping with the K-12 (Kindergarten to Grade 12) basic education program. 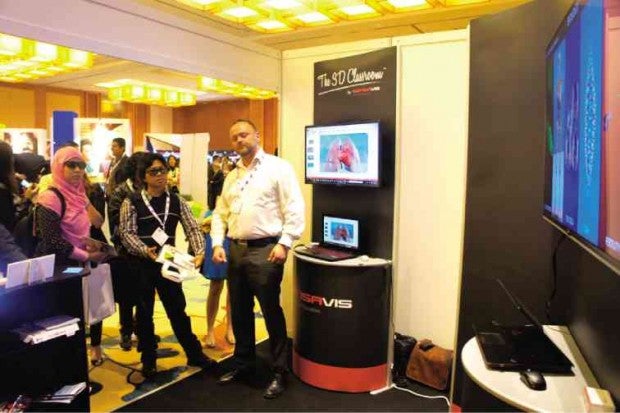 THERE are modern-day options to make lessons attractive. Sensavis offers lessons in Science and Math in 3D.

Initiatives had been launched globally to digitize, automate, connect classrooms to the Internet, but the moves had not made an impact, he said. Many educators did not use the innovations.

“We’ve got to think differently. It’s not just about digitizing the classroom,” Salcito said. “It feels good to buy computers. It feels good to deploy devices, but the real heavy lifting we need to do is more on the people-focus… You can’t just deploy the boxes and say we’ve done it.”

The goal is also to make students more employable by giving them 21st century skills.

“You need students coming into jobs ready to be collaborative, ready to work with ambiguity and use digital tools to find the answers,” said Salcito.

Bruce Thompson, Asia director of worldwide education, said the qualities were not developed by existing classrooms. He said 2013 figures from the United States Bureau of Labor Statistics project that, by 2022, cloud-based technologies would create 6.2 million jobs.

Thompson said, “Companies like Microsoft have created a wealth of opportunity but we also wonder if we are setting up students to become employable with today’s curriculum.”

Segismundo said there was no limit to the number of Microsoft showcase schools in each country.

“They are K-12 … some high schools, some very early education schools, girls’ schools, boys’ schools, coeducational schools. We arrange with government-run schools, private schools, large schools and small schools—a different mix, because they help us learn,” said Salcito. “There’s no set pattern … for what makes a school a showcase school.”

Segismundo said they started developing both APC and LSGH as showcase schools in mid-2015. The schools had the advantage of already using technology in the classroom, “the programs are already tried and tested,” Segismundo said.

The schools had to meet other Microsoft criteria: They had to use technology properly, train their teachers, target employability and attempt to make an impact on the country.

Medado said other schools should start investing in technology. “[Y]ou can do this in trickles if you do not really have the resources … just know which one is important, which one is urgent,” she said.

But she said teachers had to have passion. “[T]he gadget is irrelevant… It’s only an enabler. It will enable you to become a better teacher and for students to become better learners.”