Health is the chief concern of Filipinos, according to the latest Pulse Asia survey on “Most Urgent Personal Concerns.”

The survey, conducted from December 4 to 11, 2015, showed that of 1,800 respondents—all registered voters—62 percent were concerned about staying healthy and avoiding illness.

The second-most mentioned concern was schooling or providing education to their children (48 percent) while 43 percent said they wanted a secure and well-paying job or source of income.

Other personal concerns are having enough to eat every day (41 percent), having savings (39 percent), owning a house and lot (37 percent) and not being a victim of any serious crime (30 percent).

Meanwhile, controlling inflation was the top national concern for Filipinos with 45 percent of the respondents mentioning it. Also in the top five national concerns were improving or increasing the pay of workers (42 percent), reducing poverty (38 percent), creating more jobs (34 percent) and fighting graft and corruption in government (34 percent).

Next to economic concerns, the respondents were worried about peace and order, specifically fighting criminality (25 percent), increasing peace in the country (19 percent), and applying the law on everyone (16 percent).

Twelve percent wanted destruction and abuse of environment stopped while 11 percent were concerned about reduction of taxes.

Regarding urgent personal concerns, those from Class ABC were more worried about health (68 percent), having savings (51 percent) and avoiding being a victim of any serious crime (51 percent.) This is as opposed to those from Class D and E who mentioned health, schooling and jobs more.

Those from the National Capital Region (NCR) were more concerned with getting a secure and well-paying job or source of income (51 percent) compared to those from the rest of Luzon, Visayas and Mindanao. 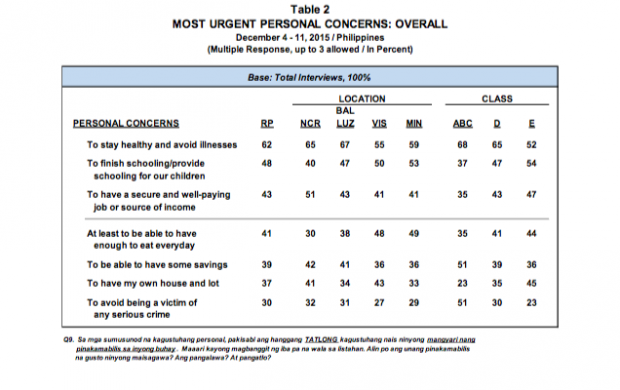 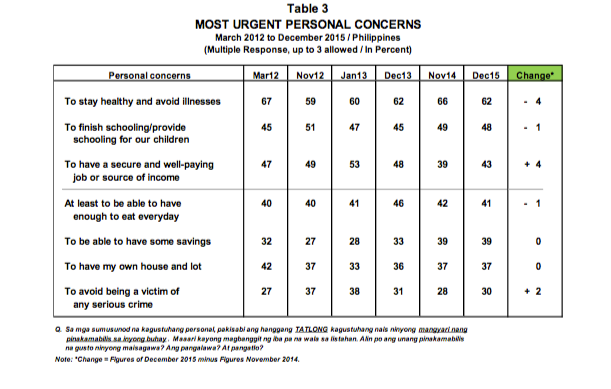 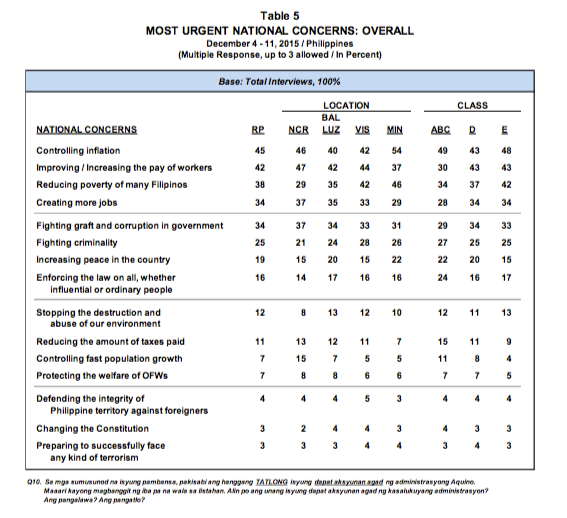 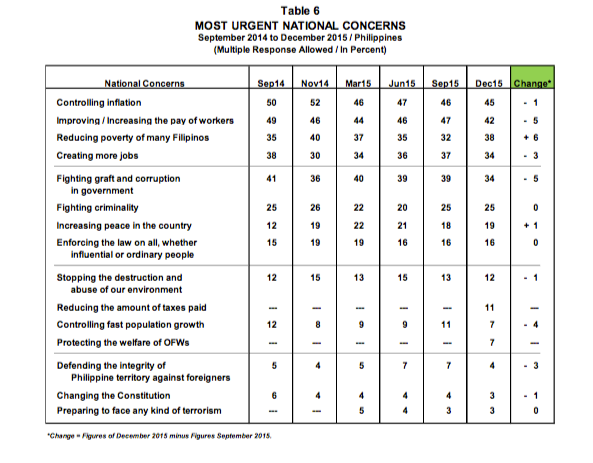