‘Trash-lacion’ gets worse; garbage to be sent to Navotas 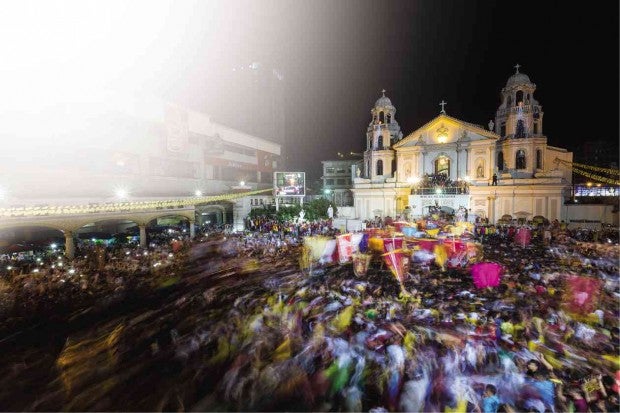 SEÑOR IS BACK The Black Nazarene procession ends at Quiapo Church around 2 a.m. Sunday, about 20 hours after starting at Quirino Grandstand. JILSON SECKLER TIU

THIS year’s grand procession of the Black Nazarene generated 35 truckloads or 367 tons of garbage along the route, or 157 tons more than what was collected last year, according to the Metropolitan Manila Development Authority (MMDA).

The increase can be attributed to the massive religious gathering being held on a weekend, said MMDA Parkway Clearing Group chief Francis Martinez.

MMDA General Manager Cora Jimenez put it more frankly: “The people are still not used to disposing of their own trash during the procession.”

The immensity of the street litter emerged as the Jan. 9 ritual also known as “traslacion,” which drew an estimated 1.5 million devotees at its peak on Saturday, ended after 20 hours with the image reaching Quiapo Church around 2 a.m. on Sunday.

Most of the garbage were plastic bags and bottles, carton and Styrofoam packs, and leftovers. MMDA street sweepers went to work at the tail-end of the procession which covered a 7-kilometer route, starting at Quirino Grandstand.

In an interview, Martinez said the collected trash would be brought to Pier 18 in Manila and then shipped to a landfill in Tanza, Navotas City. He initially said that the final destination was Bataan province but later made a correction after calling a member of his staff.

Meanwhile, the environmental watchdog EcoWaste said the “pervasive littering” once again revealed the ugly side of what can be considered the single biggest Catholic event in the country. 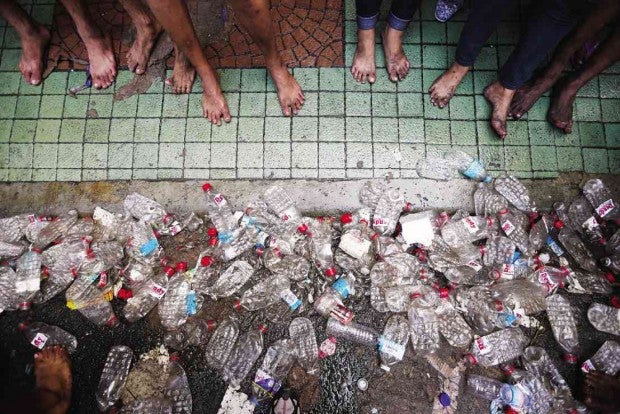 “When will we learn to pick up after ourselves?” said EcoWaste coordinator Aileen Lucero.

Aside from leaving their trash anywhere, she said, some devotees damaged the portable toilets set up on Katigbak Street in Manila when they climbed over them to have a better view of the procession. “Despite the availability of portalets, we also found some plastic bottles filled with urine.”

It was EcoWaste that came up with the term “trash-lacion” to describe the huge mess left by the traslacion each year.

According to the National Solid Waste Commission, about 9,000 tons of solid waste are generated in Metro Manila daily. Maricar B. Brizuela