Aquino getting set to stump for Roxas 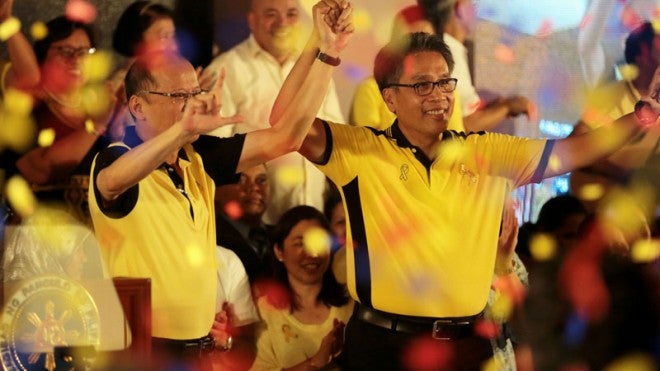 DAVAO CITY, Philippines—President Benigno Aquino III is ready to go on the campaign trail next month, saying he and the “witnesses of the straight path” would contribute heavily in pushing for a Mar Roxas presidency with Camarines Norte Rep. Leni Robredo as vice president.

“Leni Robredo started out—and Mar Roxas, for that matter—started out single digit. Now, in the survey that I particularly saw, if you include the margin of error plus or minus three, one can actually say there is already a statistical tie for a second place,” Mr. Aquino said.

He noted that this was compared to candidates “who are considered unassailable at some point in time, those in the 40s…are now down to 20s. So, our candidates kicked in the multiples, right? And their opponents went down some 50 percent. Why won’t I be happy with that?”

“Now, when the campaign goes full blast, well, you will see parang the witnesses of ‘daang matuwid’ doing the campaigning for us, I think you will see the numbers even progress that much more. Am I ready to campaign? Yes. I am actually,” the President added.