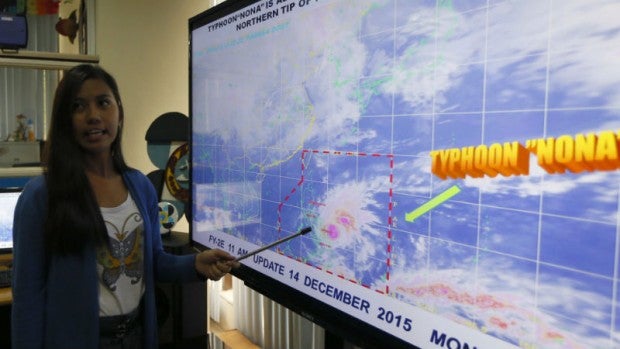 After it lashed out at Luzon in December, Typhoon Nona (international name Melor) has been dropped from the list of tropical cyclone names and the state weather bureau conducted for the first time an online survey for its replacement.

The poll started on Tuesday when Pagasa posted on Facebook: “NONA will no longer be used by PAGASA and now looking for a replacement !!! Suggestions are now welcome.”

“By practice, Pagasa comes up with the names of tropical cyclones that need to be replaced. But since we are in social media age we thought of letting our followers to suggest replacements,” Ordinario said.

“We are doing this for the first time, to involve people, because we have been getting lots of requests and suggestions [of names] in the past,” he said.

READ: From ‘Nonoy’ to ‘Nona’: Why did Pagasa change storm’s name?

Nona, the last tropical cyclone to hit the country in 2015, killed 42 people and caused P2 billion damage to infrastructure.

It was originally named “Nonoy” but it was changed by Pagasa to Nona because it sounded like the nickname of President Benigno Aquino III, “Noynoy”.

Pagasa has four sets of 25 names that it uses for tropical cyclones on a four-year rotation. CDG