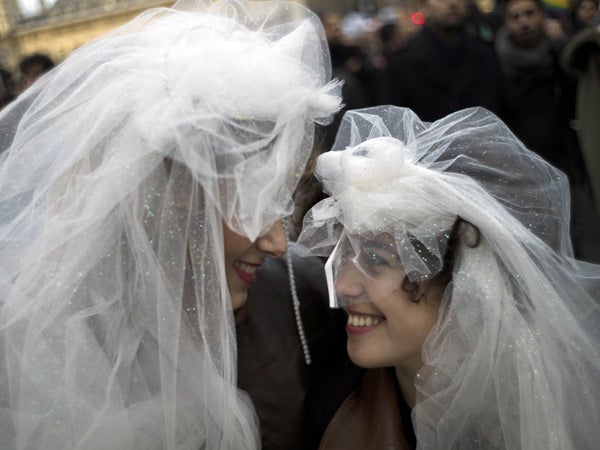 WASHINGTON, United States—Women are about three times as likely as men to say they are bisexual, and increasing numbers of US women say they have had sexual contact with other females, new data showed Thursday.

Respondents entered their answers on a computer instead of directly telling an interviewer.

Among women, 5.5 percent said they are bisexual, compared to two percent of men.

Fewer people said they were bisexual in the last survey of its kind.

Compared to the same survey taken from 2006-2010, researchers found “significantly higher percentages of women in the 2011–2013” reporting that they had had same-sex sexual contact.

In the most recent report, 17.4 percent of women had such contact, compared to 14.2 percent years earlier.

Among men, 6.2 percent said they had experienced sexual contact with another man, according to the latest data.

Identifying as strictly straight, or having feelings of attraction only to members of the opposite sex, was also more common in men (92 percent) than women (81 percent).

She’s bisexual, and afraid to come out

Is she bisexual and didn’t know it?