Duterte presidency would be ‘disaster’ for PH—Trillanes 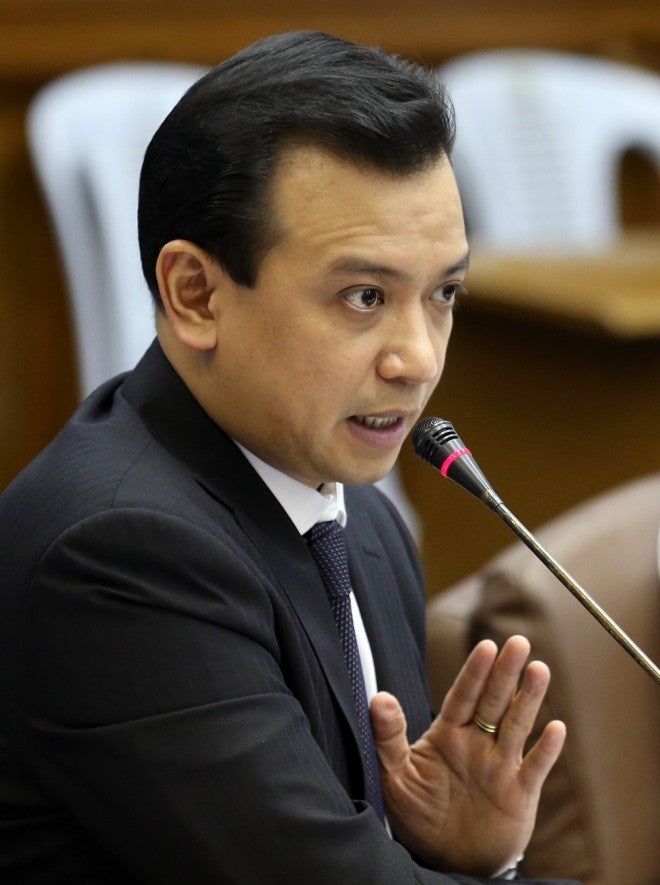 Sen. Antonio Trillanes IV on Wednesday said it would be a “disaster” for the Philippines if Davao City Mayor Rodrigo Duterte would be elected president in the upcoming national elections.

“It’s going to be a disaster for the country because his methods may have worked in Davao but it’s definitely not going to work in the national scale,” Trillanes said in an interview with ANC.

“You don’t run a country like that. There should be a vision, a program of action that you would have to enumerate,” he said.

Trillanes, who is seeking the vice presidency, said Duterte should be more specific on how he was going to fulfill his promises, including the fight against criminality.

“You don’t just say ‘I’m going to beat criminality in three to six months.’ What are you going to do? You better tell us how you are going to do it,” the senator said.

READ: Duterte and I will halve crime rate, vows Cayetano

The tough-talking mayor and his running mate Sen. Alan Peter Cayetano previously said they will halve the crime rate in the Philippines in their first year in office if they are elected in the May polls.

Taking his cue from Duterte’s public admissions that he had killed criminals in Davao, Trillanes said Duterte’s iron-fist rule and application of the law was not appropriate for the country.

“He’s bragging about it that he actually engages in summary executions. If he is a seer and he actually knows if somebody is guilty or not, probably that justifies his actions, that he’s killing an evil person. But that’s not the case if you’re talking about the whole country,” he said. CDG