Comelec left to argue own case

THE COMMISSION on Elections (Comelec) is left with its own resources to defend in the Supreme Court its ruling disqualifying Sen. Grace Poe as a presidential candidate in the May elections.

“We are used to relying on our own resources so we will prepare our pleadings,” Comelec Chair Andres Bautista said in a press briefing Tuesday.

The Comelec also filed a very urgent motion to set oral argument for Jan. 14, instead of Jan. 19 calendared by the court, citing the proximity of the balloting.

“The final ballot faces are scheduled to be finalized on Jan. 20. If the ballot faces will not be finalized within the time limit, it may compromise the schedule for printing of the official ballots,” the Comelec said in its motion.

Bautista explained that having an earlier oral argument would allow the court to immediately come up with a ruling on the Poe case, which the Comelec would use as basis on whether to include her in the ballots or not.

“To me, if we could expedite, we should expedite matters. The worse-case scenario is to include the name [in the ballot] then we will find out later that the candidate would be disqualified. Then what would be its impact?” Bautista said.

Bautista said the Comelec was left with no other choice but to represent itself before the high court, particularly during the scheduled oral arguments.

The Office of the Solicitor General (OSG) earlier defended the decision of the Senate Electoral Tribunal (SET) favoring Poe as a natural-born Filipino. 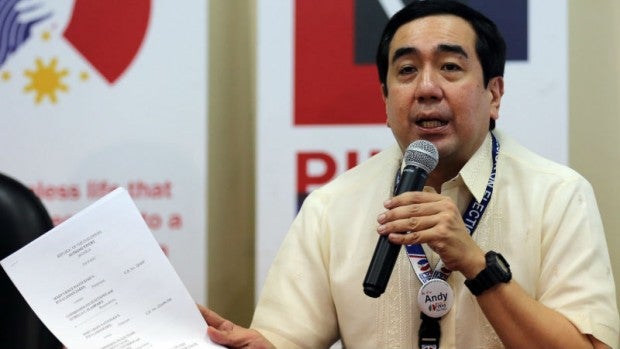 The OSG position was contrary to the two Comelec rulings disqualifying Poe as a presidential candidate after she was deemed not to be a natural-born Filipino and also lacks the 10-year residency requirement.

Bautista said the Comelec was caught by surprise by the position of the OSG as they were already expecting that the latter was already drafting the Comelec’s verified response.

But Bautista was quick to add that the Comelec was not blaming the OSG over its position.