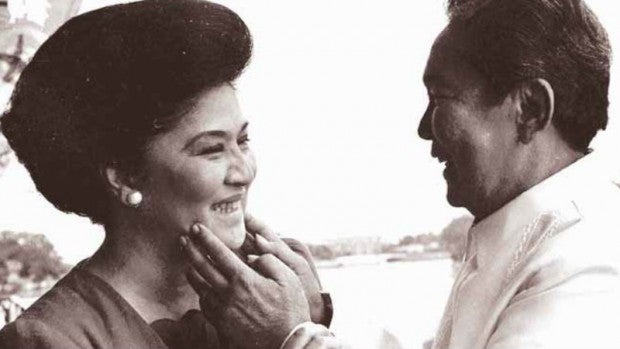 THE SANDIGANBAYAN has ordered the heirs of a Marcos crony to turn over to the government some P511 million worth of properties that he and his family had acquired through unlawful logging concessions covering 534,000 hectares of forest lands in four provinces, an area equivalent to 9,207 Rizal Parks.

The late strongman Ferdinand Marcos, his wife Imelda Marcos and their family were also impleaded in the case, but the court did not mention any liability on their part.

In a decision promulgated on Dec. 14, 2015, the court noted that then Minister of Natural Resources Ernesto Maceda had voided on Nov. 20, 1986 the timber license agreements (TLA) given to seven companies owned by Lim and his family.

As correctly concluded by Maceda, the Sandiganbayan said the timber concessions granted to Lim exceeded the constitutional limit of 100,000 hectares.

The companies used to cut and export narra and almaciga trees in the 1970s in the forests of Batangas, Cagayan, Rizal and Cavite provinces.

“[T]he estate of Alfonso D. Lim… [is] directed to return and reconvey to the [government] all funds and properties acquired through the canceled TLAs…,” the court said.

“[T]his court finds that the Republic has sufficiently proven that defendant Alfonso Lim Sr. had indeed acquired timber license agreements far in excess of that allowed by the 1973 Constitution,” it added.

“It is only inevitable that the action for reconveyance and reversion be granted.”

The Sandiganbayan, however, dismissed the claim for damages filed by the PCGG against the Lims and absolved Peña of any complicity in the illegal grant of logging permits to Lim’s companies.

“As regards defendant Peña, this court finds the evidence

adduced by the [government] lacking to prove his participation in the timber concessions granted [to Lim and his companies],” the court said.

It said even the Supreme Court had ruled that Lim was “so influential that he and his companies received timber-related benefits without the knowledge, let alone approval of the Minister of Natural Resources.”

The court said records also showed that it was actually then Minister of Natural Resources Jose Leido Jr. who approved the logging permits given to one of Lim’s companies in February 1979.

Among the properties that should be returned to the government were the parcels of land worth P206.6 million in Tagaytay City and real estate properties in Rizal and Batangas valued at P171 million, according to the court.

It said the PCGG Asset Management Department also found that one of Lim’s firms was the registered owner of two Cessna planes, but the aircraft were “nowhere to be found.”

Some of Lim’s properties were still the subject of other pending litigation while the others were mortgaged in private banks and occupied by informal settlers, the court said.

Other assets and bank accounts of Lim and his companies had either been sold in public auctions or had already been closed.

Read Next
Investors wary of a Binay win–EIU
EDITORS' PICK
WHO warns vaccines ‘ do not equal zero COVID’
US sets new record of 225,000 COVID-19 cases in one day
Manufacturing heavyweights weigh in on post-pandemic transportation, logistics, and supply chain in Cisco Live Series
No. 1 smartphone brand realme Philippines, enters postpaid market with first 5G smartphone
Smart celebrates the Season of Giving with GIGAMANIA
Chinese patrols in PH waters getting brazen despite pandemic, says US think tank
MOST READ
NPA disowns military ‘whistleblower’ Jeffrey Celiz
‘This is highway robbery:’ Valenzuela mayor shows traffic jam due to RFID payment system
Locsin on ‘yantok’ punishment: Do what superior races do, impose fine vs health violators
Martin comes to Pops’ defense
Don't miss out on the latest news and information.